Walter Richard Kirsch was born in Portland on October 27, 1927, the son of Gustav J. Kirsch and Rachel Helser. His mother Rachel is the daughter of Heinrich H. (born 1868) and Katherine Helser (born 1873) and a sibling of Hank, Morrie, and Roy Helser - all standout athletes. 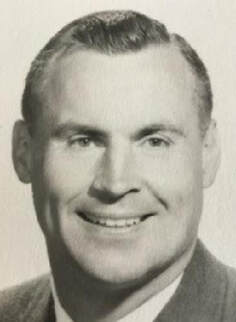 Walt grew up in N.E. Portland, graduating from Jefferson High School. After graduation, he attended the University of Oregon on a four-year baseball scholarship where his brother Don Kirsch served as head coach. Walt was selected as a three-time member of the All-Star Team as the Top Second Baseman for the Pacific-8 Northern Division. Another brother, Jim Kirsch, also played football for the Ducks.

Walt was a member of the Phi Delta fraternity. During his freshman year he met Mary Joy Ham in typing class and five years later they were married. Both graduated with a business degree. When the Korean War began, Walt joined the 403rd Troop Carrier Wing, a reserve unit based at the Portland Military Airbase. He later returned to higher education attending Portland State University and the Oregon Health Sciences University School of Dentistry, graduating with his doctorate in 1958.

Walt and Dr. Ron Wismer built their own dental offices in Beaverton and had a successful practice for many years.