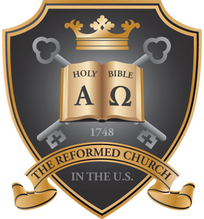 The 19th century saw controversy as the German Reformed Church debated issues such as revivalism and especially the Mercersburg Theology of John Nevin and Philip Schaff. Other controversies, such as debates over liturgy, also occurred in the 19th century. The second half of the century also saw the formation of their first General Synod, held in 1863, and, in the 1870s and 1880s, there were attempts, albeit unsuccessful, to unite with the Dutch Reformed Church.

The twentieth century saw the RCUS increasingly move toward ecumenism and higher criticism of the Bible. Some who were more conservative in their theology united to form the Eureka Classis of the RCUS to continue classical Reformed worship and polity. The RCUS merged with the Evangelical Synod of North America (ESNA), a group that was a mix of both Lutheran and Reformed theology, in 1934 to form the Evangelical and Reformed Church.

A portion of the RCUS known as the Eureka Classis resisted the merger objecting to the ESNA's admixture of Lutheran teachings with Calvinist practices; most of its churches and members descended from late 19th-century immigration either from parts of Germany where Reformed confessionalism had taken hold or from the Volga River region of Russia, who were ethnically German and isolated from liberalizing influences in the motherland. By contrast, most RCUS churches, classes, and synods farther east had significantly assimilated into generalized American Protestantism, with decidedly ecumenical leanings. The Evangelical and Reformed Church later merged with the Congregational Christian Churches (itself a merger of Congregational and Restorationist churches) in 1957 to become the United Church of Christ, a body noted for its strongly liberal doctrine and moral stances.