Morrie attended Benson Polytechnic and graduated in 1933. Playing for Benson, Morrie was a member of the state boys high school championship basketball tournament all-star second team in 1932. That team was Portland Interscholastic League (PIL) champion. During his time playing basketball at Benson, Morrie was coached by Howard Hobson, who would later become coach of the famed Oregon "Tall Firs" who won the 1939 NCAA championship. Morrie also played varsity baseball as an outfielder and part-time pitcher. The Benson yearbook dubbed him the "Flying Dutchman". 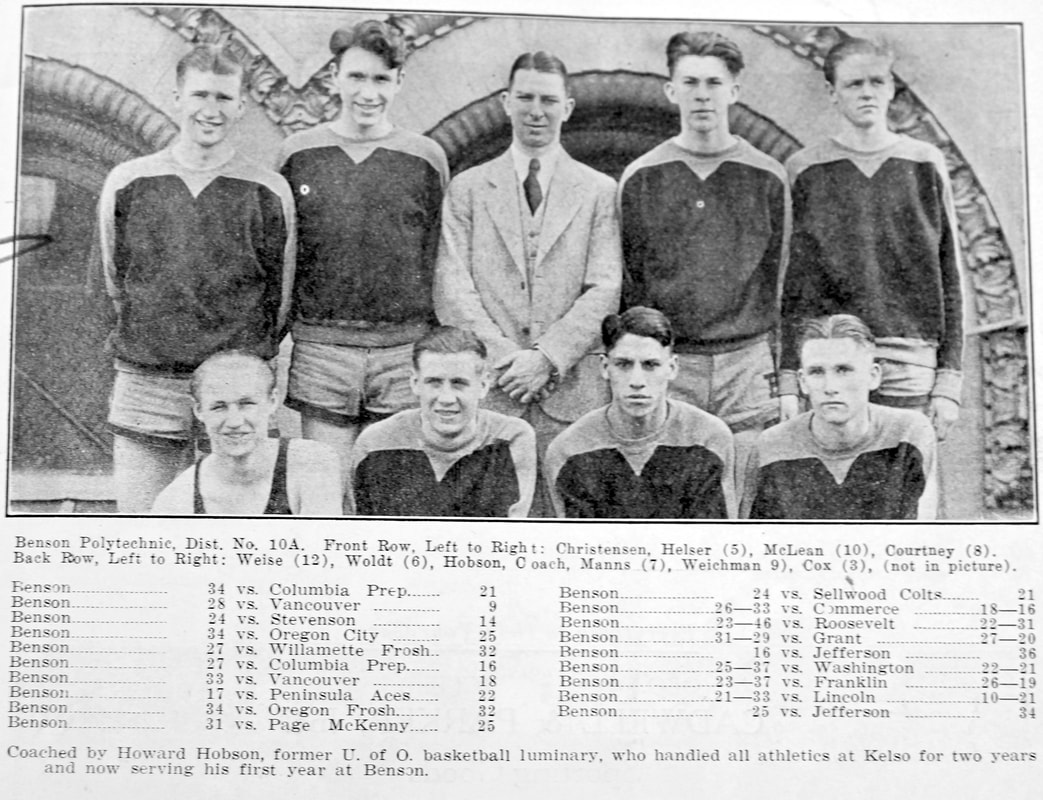 Benson Polytechnic basketball team photo showing Morrie Helser in the front row. Courtesy of Tom Rohlffs.
Outside of school, Morrie played basketball with his brothers Walt and Roy for the First German Baptist Church which his grandfather founded in 1893. He also played on local team named the "Flying Dutchman" with his three brothers: Walt, Hank, and Roy.

After graduation from Benson, Morrie attended Linfield College (now Linfield University) and graduated in 1937. Morrie played football, basketball and baseball for Linfield. In 1936. The Oregon Journal reported that Morrie was the "spark plug of the team." On some of those Linfield teams one of his teammates was Roy Helser, his brother.

Morrie was also an all-star softball player. During the 1936 and 1937 seasons he played for Rotary Bread in Portland with his brothers Hank and Roy.

During World War II, Morrie played for the Albina Hellships, an Amateur Athletic Union (AAU) basketball team sponsored by the Albina Engine & Machine Works shipyard in Portland. The Hellships were a touring service all-star team led by 6-foot-8 former All-American Urgel “Slim” Wintermute, who in 1939 led the University of Oregon’s “Tall Firs” team to the championship of the inaugural NCAA Basketball Tournament. 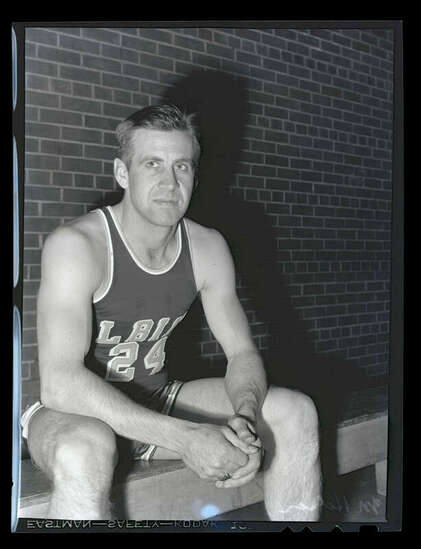 Morrie Helser in uniform for the Albina Hellships. Source: Oregon Historical Society Digital Collection and the Oregon Journal Collection.
An article in the January 4, 1948 Oregonian reported that Morrie was "prominent in the three major sports" at Benson and "starred in athletics" at Linfield.

Rohlffs, Tom, is the OSAA Basketball Historian, a retired school teacher, author, local historian and coach. He graduated from Linfield where he lettered in baseball (played for Coach Roy Helser), basketball, track & field and cross-country.