Benson Polytechnic High School began in 1908 as the Portland School of Trades in the Atkinson Building at 11th and Davis in Northwest Portland. It was established to give "boys who wished to enter a trade a better opportunity than do shops and factories of the present time." Any boy from Portland who was at least fourteen years old, or who was a grammar school graduate, could attend. The course of study was three years. Students could also attend night school and/or summer sessions at the trade school.
In 1909, a course of study for girls was added, with classes in sewing, cooking, millinery, and homemaking. The Portland School of Trades was coeducational until 1913, when the girls' departments were moved to the original Lincoln High School.

The Portland School Board voted to change the school's name to Benson Polytechnic High School after civic leader and philanthropist Simon Benson gave $100,000 in 1915, with a stipulation that at least the same amount of money be spent by the Portland School District to start the school. Six blocks of land at Northeast 12th and Hoyt were purchased and a building was built, and the new Benson Polytechnic School opened its doors on September 4, 1917. The building was designed by Floyd Naramore. Portable classrooms were required early on and were still used into the 1950s.

Mr. Benson gave the student body $10,000 during World War I, and the first Tech Show was presented to the Portland community. Benson Polytechnic School grew rapidly in course offerings and in student population. In 1920, the printing department was set up and the school paper, the Tech Pep, was published.

In 1926, an aviation department was added to the school.
​
Benson Polytechnic School served not only the educational needs of the city's youth, but also the defense needs of a nation at war. Shortly after World War I, beginning in 1919, the federal government contracted with the school, and 50 disabled soldiers were educated. 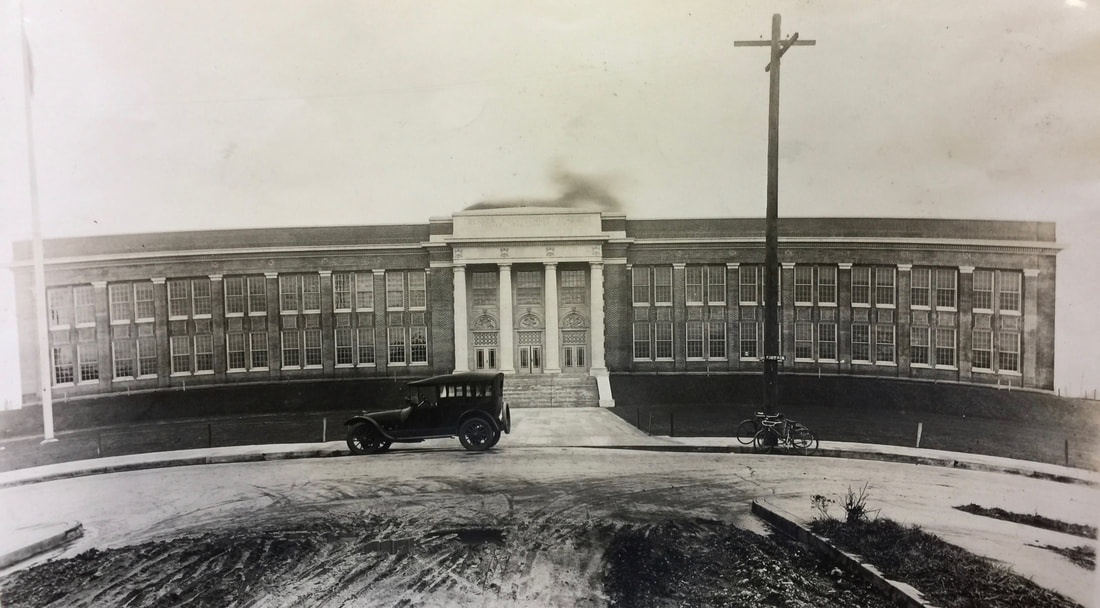 Photograph of Benson Polytechnic shortly after its opening in 1917. Source: Oregon Historical Society.