Conrad Schwartz was born in Norka, Russia. Russian archive records indicate that he was born November 24, 1852. Documents in the United States show an alternate birthdate of November 10, 1853. Conrad was the son of Heinrich Schwartz (born 1827) and Christina Schwindt (born 1829).

Conrad and Sophia became parents in November 1875 when their son Heinrich Christian (Henry) was born. Soon after Henry's birth, they immigrated to the United States where they arrived in New York on July 8, 1876 aboard the steamship Oder which sailed from Bremen, Germany. Another early settler in Portland, Heinrich Hölzer, was aboard the same ship along with a large group of people from Norka.

Steamship "Oder".
The Schwartz family first settled in Kellogg, Iowa where two children were born; Louis in August 1877 and Elisabeth (Lizzie) in December 1880. Conrad worked for the railroad. The family of Constantin and Maria Christina Brill were also living in Kellogg at that time. They would also migrate to Portland.

According to family lore, the Schwartz family moved to Nebraska before migrating west in 1882 or 1883. It is possible that Conrad and Sophia were part of the Nebraska party that arrived in Portland in late 1882.

​Sophia's brother, Johann Wilhelm Trüber arrived in Portland with his family by 1887.

In 1891, the Schwartz home was on the south-side of San Marino (now NE Knott), 4 lots east of Margaretta Avenue (now MLK Blvd.). Their son Henry, is listed in the Albina City Directory living at the same location. 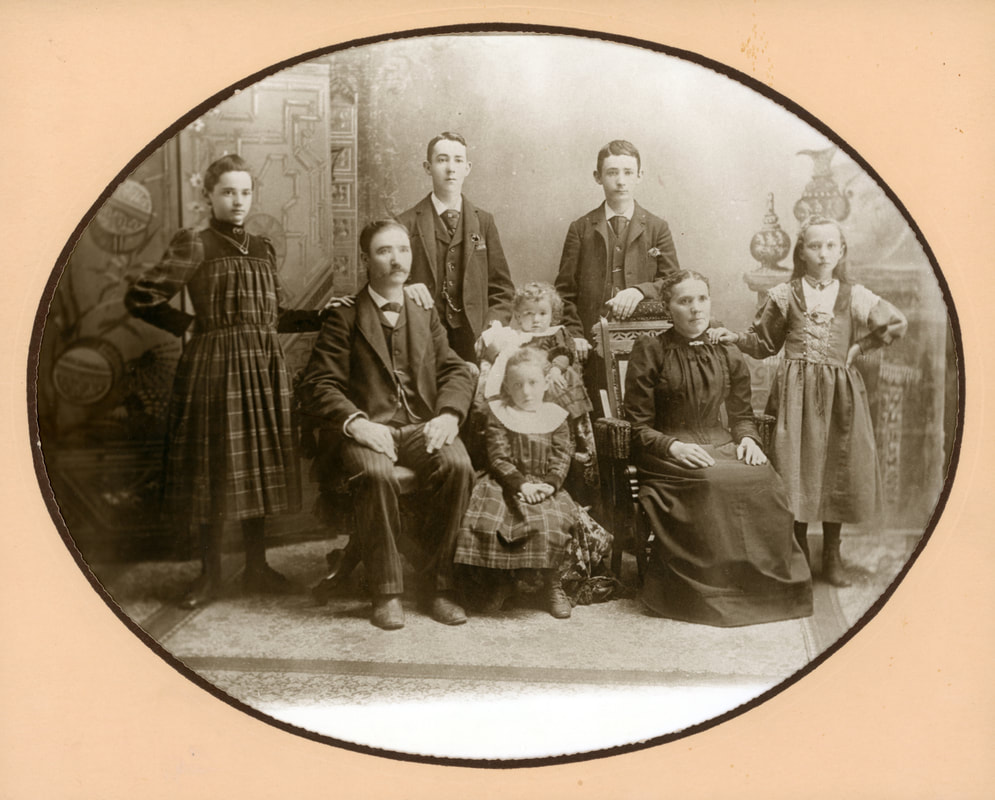 Portrait of the Conrad and Sophia Schwartz family taken in Portland in 1894. Daughter Rosa is sitting in the front row with her hands folded in her lap. Courtesy of Valri Darling.
In 1900, the family was living at 408 Knott Street and Conrad worked at a sawmill. Sophia's sister, Margaretha arrived with her husband George Urbach during this year.

An article and photograph published in The Oregonian on March 9, 1924 announced the golden wedding anniversary of Conrad and Sophia 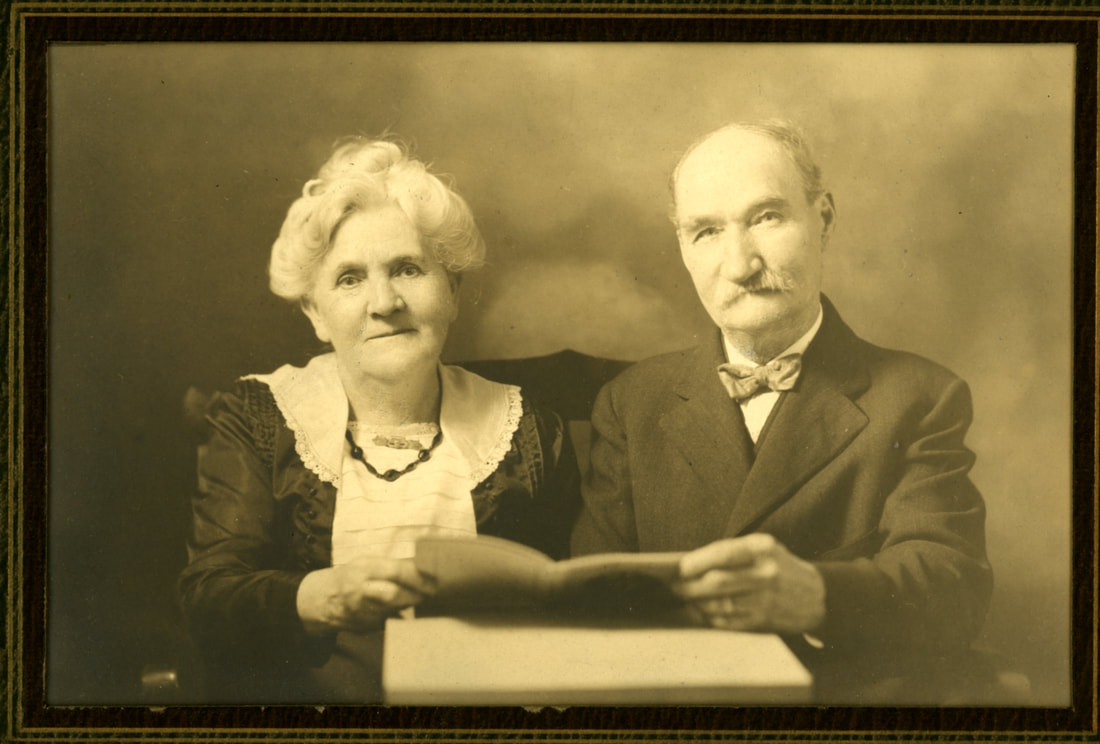 Golden wedding anniversary portrait of Conrad and Sophia taken in 1924. Courtesy of Valri Darling.
In later years, the Schwartz family lived in a house built by Conrad in 1911 at 441 NE Jarrett Street. The house remains standing to this date. 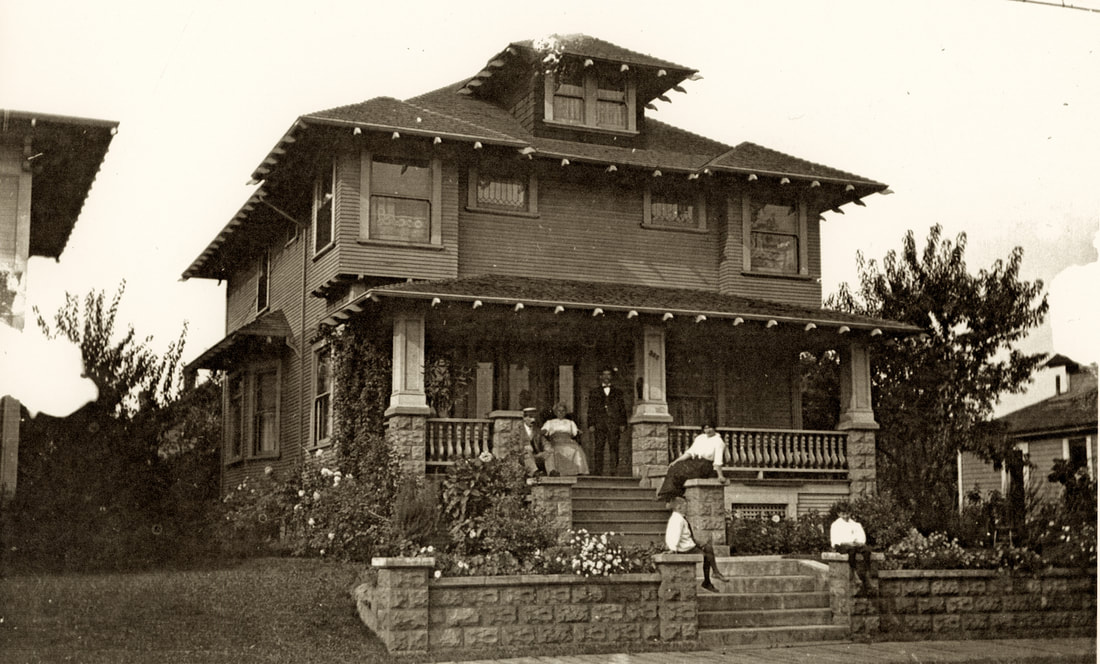 The Schwartz house at 441 NE Jarrett Street. Conrad is standing on the porch next to Sophia who is seated. Courtesy of Valri Darling.
Conrad Schwartz died on September 4, 1936 and was buried at the Rose City Cemetery.

Sophia died on April 13, 1939 and was buried with Conrad and their two sons, Henry and Louis.