Johannes and Magdalena had at least 10 children and several were settlers in Portland, including:

Magdalena Krieger, born January 18, 1857 in Norka. Magdalena, arrived in Portland in the summer of 1891 with her husband Peter Schmidt.

Margaretha Krieger, was born on March 18, 1859. She married Heinrich Aschenbrenner.

Johannes Krieger was born on September 8, 1863. He married Elisabeth Wolf.

Louisa Krieger was born on August 25, 1870. She married John Sinner.

Johannes (John Sr.) and Magdalena arrived in Portland around 1891. They were founders of the Ebenezer German Congregational Church.

John Sr. died on June 14, 1892. He was buried at the Historic Columbia Cemetery. 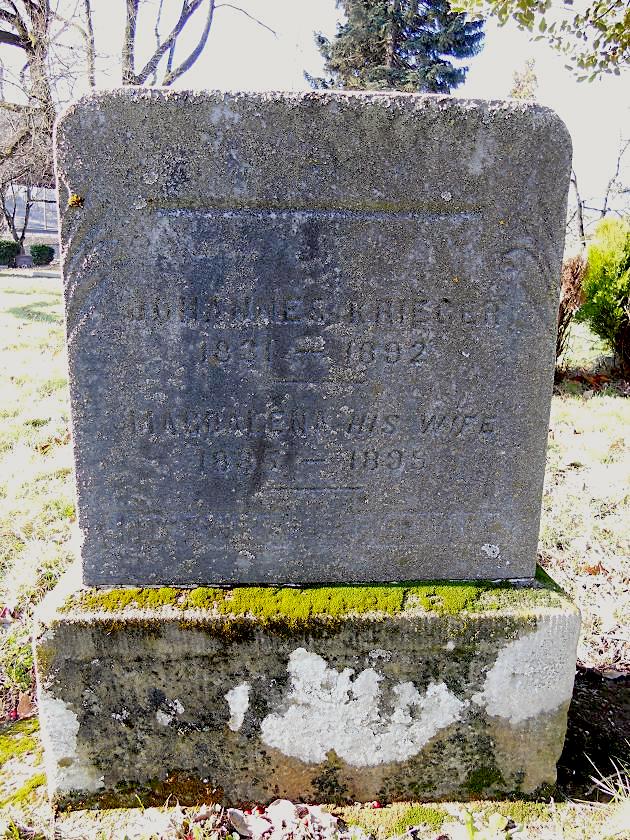