Heinrich and Anna Catharina married in Norka, Russia on December 27, 1849 and immigrated to the United States in 1887, arriving in New York on June 4th aboard the steamship EMS which sailed from Bremen, Germany. Traveling with them was their son, Heinrich (born 1852), his wife Katharina (née Weigandt) and their 6 children: George, Catharina, Johannes, Peter and baby Elisabeth. The Bauer family traveled on the same ship as Peter and Elizabeth Gerlach. Elizabeth was the sister of Heinrich and fellow Oregon pioneers Katharina Elisabeth Bauer and her husband, Adam Schwindt.

The Bauer family likely arrived in Portland about 1888. Both Heinrich (Henry) and his son Henry are listed in the 1889 Albina City Directory living together on the south side of E. Eugene Street, 1 lot east of Margareta Avenue (formerly Union Avenue and now MLK Blvd.). Both father and son were working as laborers.

The 1900 U. S. Census shows the entire Bauer family living on a farm in rural Washington County, Oregon. Anna Catharina died sometime prior to the census and Heinrich (Henry) is shown as a widower living with his son.

Heinrich died in 1902 and is buried in the ﻿Bethany Pioneer Cemetery on Germantown Road﻿. 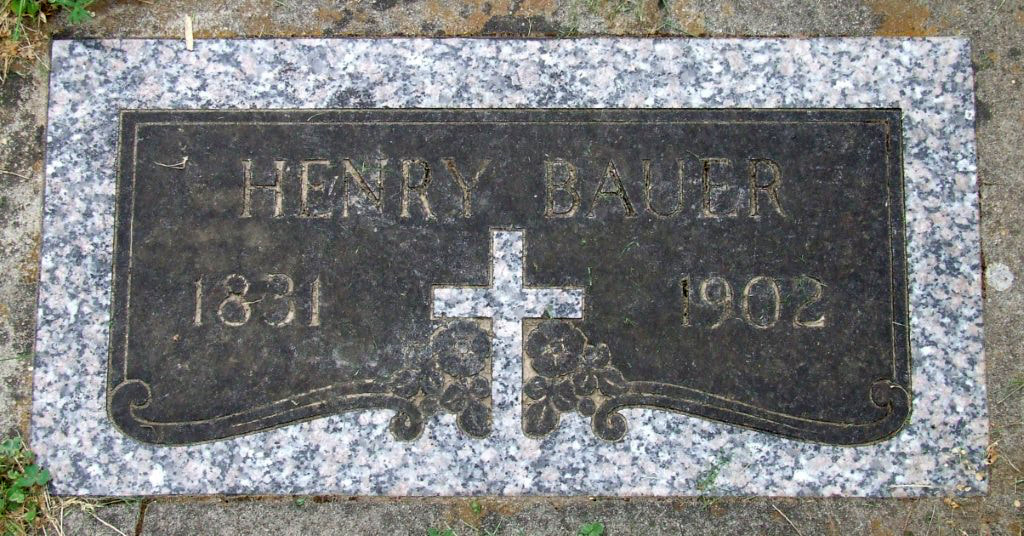