Peter and Elizabeth immigrated to the United States in 1887 and arrived in New York on June 4th aboard the steamship EMS which had sailed from Bremen, Germany. Five of their children were with them upon arrival: Catharina, age 8; Michael, age 6; Louisa, age 5; Jacob, age 3 1/2; Conrad, age 11.

Also aboard this ship were Elizabeth's parents and her brother Heinrich, his wife Katharina (née Weigandt) and their 6 children.

In 1891 and 1892, Peter and Elizabeth are living on the south side of San Marino (now Knott Street), two lots east of Margareta Avenue (later Union Avenue and now MLK Blvd.). John Gerlach, likely a relative of Peter, is listed as living at the same address.

In 1900, the family is living at 656 Union Avenue and Peter is working for the railroad.

After Elizabeth died in 1926, Peter married Katherine M. (surname unknown) who was also a widower. Katharina was born about 1852 and was also a German Russian. She arrived in the United States in 1880. Peter and Katharina own a home at E 13 N in 1930.

Peter died July 4, 1940 and is buried with Elizabeth at the Rose City Cemetery in Portland. 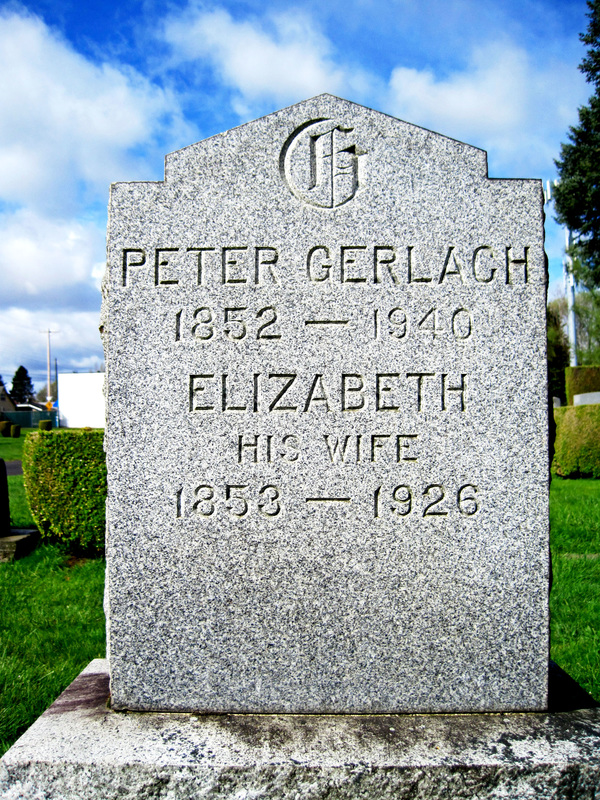