Peter immigrated to the United States with his widowed father and siblings, arriving in New York on December 8, 1886 aboard the steamship America, with a group of people from Norka.

By 1920, Peter was living in Portland at 334 Shaver Street and he worked in the icing department at a cracker baking company. 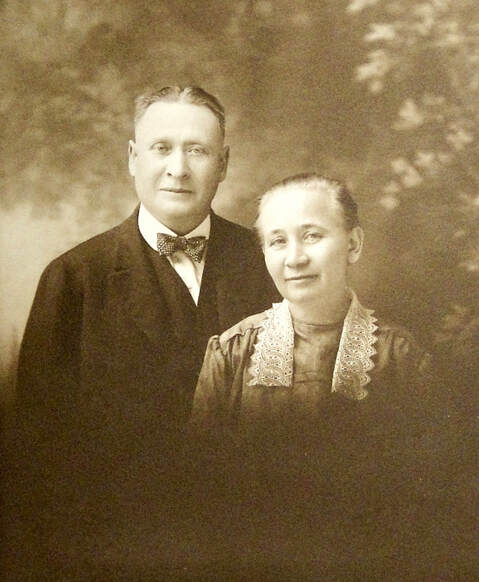 Portrait of Peter and Barbara Heinrich. Source unknown.
Peter joined the First United Mennonite Baptist Church founded by Heinrich Helser who was succeeded by Heinrich Reisbich. Both of these men were also from Norka.

For many years, the congregation lacked strong resident leadership and for some years, ministers from the church in Dallas, Oregon preached regularly in Portland, as often as every other Sunday. Ministers Peter C. Hiebert (1907-1908) and Heinrich S. Voth (1909-1915) often filled the void.

Kevin Enns-Rempel found documentation in the archives that a lame baker, a single man named Peter Heinrich, would regularly send a long green box with two layers of cookies home with Rev. Heinrich Voth after his weekend in Portland. According the PDC yearbooks, Peter Heinrich served as the lay leader of the church from 1913 until 1926, often with an ordained preacher or two and a deacon. By 1926, church membership had declined to 10 people.

Peter and Barbara moved to Fresno, California and operated a farm. In 1930 and 1940, he lived next to George B. Hiebert, a minister and evangelist, who was very possibly a relative of Peter C. Hiebert. 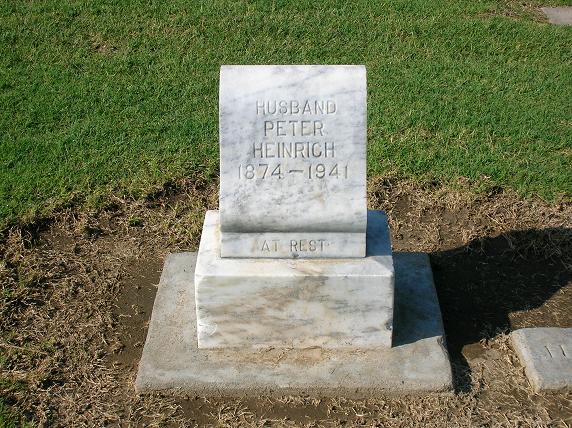