Johannes (John) Arndt was born May 16, 1878 in Norka, Russia, the son of Philipp Arndt and Dorothea Nolde. Elizabeth (also known as Lizzie) was born November 21, 1888 in Norka, the daughter of Gottfried Hügel (Heagel) and Anna Elizabeth Hohnstein. John and Elizabeth were married in Norka on May 5, 1907. Four children were born in Norka: Caspar (believed to have died in infancy); Catharine (born about 1908): John Jr. (born May 1909); and, George Henry (born December 1910). 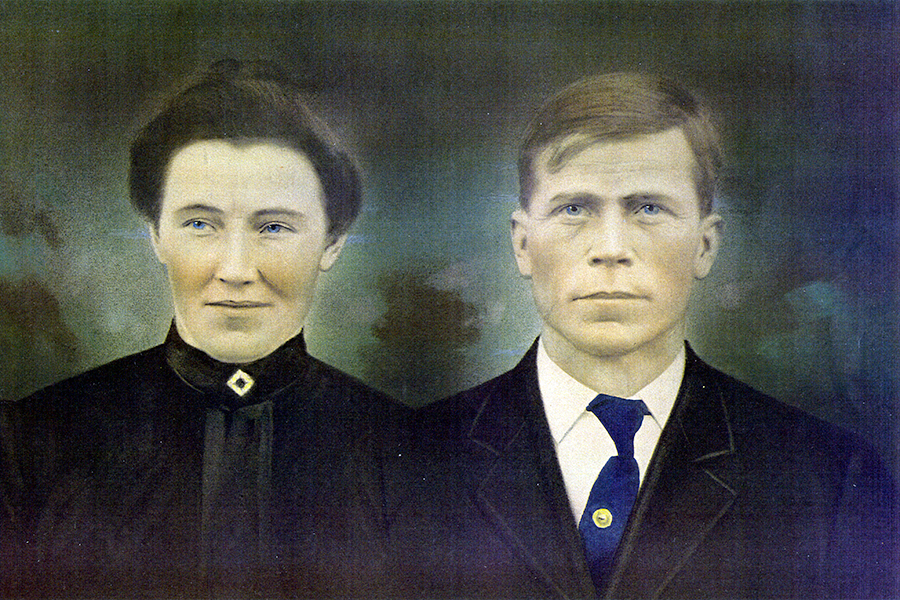 Portrait of John and Elizabeth Arndt courtesy of Heather Arndt Anderson and Richard Arndt.
The Arndt family migrated to the United States and arrived in Baltimore on April 6, 1912 aboard the steamship Brandenburg which sailed from Bremen, Germany. The Arndt's first settled in Nebraska where their son Harry was born in November 1913. The family moved to Portland sometime between 1914 and 1918. After settling in Portland, they attended the Zion German Congregational Church. The Zion church records confirm that Elizabeth's maiden name was Hiegel (also Hügel or Heagle).

​John petitioned to become a naturalized citizen of the United States in 1914.

John's World War I Registration Card show him working as a boilermaker helper at the Oregon Washington Railway and Navigation Company (later the Union Pacific Railroad) car shops at the foot of Russell Street. At the time of his military registration in September 1918, the Arndt's were living at 426 Shaver (now 616 NE Shaver Street).

The 1920 U.S. Census shows the family living at 764 E. 11th Street (now 3606 NE 11th Avenue) and John is listed as a repairer in the car shops. At that time, John and Elizabeth had five children living in the household: John Jr., George, Harry, Esther and Conrad.

The 1930 U.S. Census shows the family living at 749 E. 13th Street (now 3723 SE 13th Avenue) and John is reported as a laborer in a furniture factory. At this time, John and Elizabeth had six children living in the household: John Jr., Harry, Esther, Conrad, Lydia and Edward.

John Richard Arndt, grandson of John and Elizabeth, shared the following memory: "The Arndt family home was at 3515 NE 13th Avenue, one house from Fremont and a couple of blocks from Irving Park where they used to graze their cattle when my father (John Jr.) was a young boy. Later, my father owned his own garbage route until he hurt his back in the 1940's, and sold it. Eventually, he died of cancer in May 1959 which also took the lives of his father in 1937 and his mother in 1952."