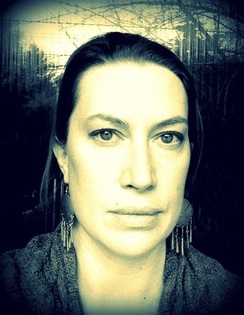 Heather Arndt Anderson is a Portland, Oregon-based plant ecologist and food writer. For the past twelve years, she has been conducting botanical field surveys and wetland delineations, and writing technical reports for federal and state regulatory agencies.

Heather is the author of Portland: A Food Biography (Rowman & Littlefield, 2014), Breakfast: A History (New York: AltaMira Press, 2013) and she wrote the Pacific Northwest chapter in the 4-volume Food Cultures of the World Encyclopedia (Westport, CT: Greenwood Press, 2011). Her recipes have been published in the cookbook One Big Table: 600 Recipes from the Nation’s Best Home Cooks, Farmers, Fishermen, Pit-Masters, and Chefs, and she is a contributing writer to the magazines The Farmer General and Remedy Quarterly.

In December 2018, Heather's tribute to her Volga German ancestors titled "Black Nightshade and Bierocks" was published in the Oregon Humanities Magazine.

Heather's great-grandparents, Johannes and Elizabeth Arndt emigrated from Norka, Russia and settled in Nebraska in 1912. The family later moved West and settled in Portland, Oregon.