The Geist Dry Goods and Shoe Store was owned and operated by Gottfried Geist. Gottfried was born in Kraft, Russia on September 11, 1884. He worked as a cabinet maker for seven years before immigrating to the United States in April 1906 aboard the Hamburg American Line steamship Graf Waldersee.

The United States Irish Emigration Society of New York secured a job for Gottfried as a cabinet maker at the Ford and Johnson Company in Michigan City, Indiana. He earned $2.00 per day.

The Geist store started out as two separate operations in a wooden building at 829-831 Union Avenue North. This building was replaced by a two-story brick building at the same location (now 3933 NE MLK Blvd.). A few years prior to the outbreak of World War II, the dry goods store was incorporated into the shoe store and the operation was rebranded as the Geist Department Store. Dr. Uhle and Dr. Schiewe had offices upstairs above Geist's store. Weimers Hardware and Furniture Store was located directly across the street.

Gottlieb Geist was a founding member and treasurer of the Volga Relief Society which was formed in 1921 to help assist family and friends suffering from a severe famine in Russia. Geist joined fellow Volga German entrepreneurs George Repp and John W. Miller who founded and led the organization.

After Gottfried Geist's death in 1962, the store was operated by his son, Robert (Bob).

In his memoirs titled Memories of Norka, Conrad Brill shared the following about Gottfried Geist and his renowned generosity:

Another man from Kraft was Mr. Geist, who most folk remember from his dry goods store.  He probably extended more credit to his fellow countrymen than the local bank.  He had been such a good friend to my family, that for Christmas our family made purchases of clothing which we packed and mailed to Michigan for my eldest sons family, because we wanted Mr. Geist to have the business and to know how much we thought of him for his past generosity.  Mr. Geist loaned many countrymen several hundred dollars on a handshake.  We utilized the Geist Store even after the old gentleman had died and his son Bob was running the business. 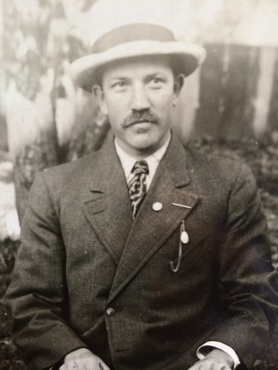