George immigrated to the United States in 1891 and soon arrived in Portland.

​In 1900, the Bauer's were living at 334 Beech Street with their three children: Elizabeth (Lizzie), Mary and Peter (born March 27, 1899). George was working as a teamster. George's brother and sister-in-law, John and Kate Bauer, lived next door.

​George and Maggie had a least three children: Marion, Reuben and John who are all listed in the 1910 census. The family was living at 761 Mallory at that time and George was a driver (teamster) for a lumber company.

In 1915, the Portland City Directory lists George and Maggie living at 769 Rodney Avenue and he is working as a teamster.

By 1920, the family had relocated to Yakima, Washington where George died in October 1924. 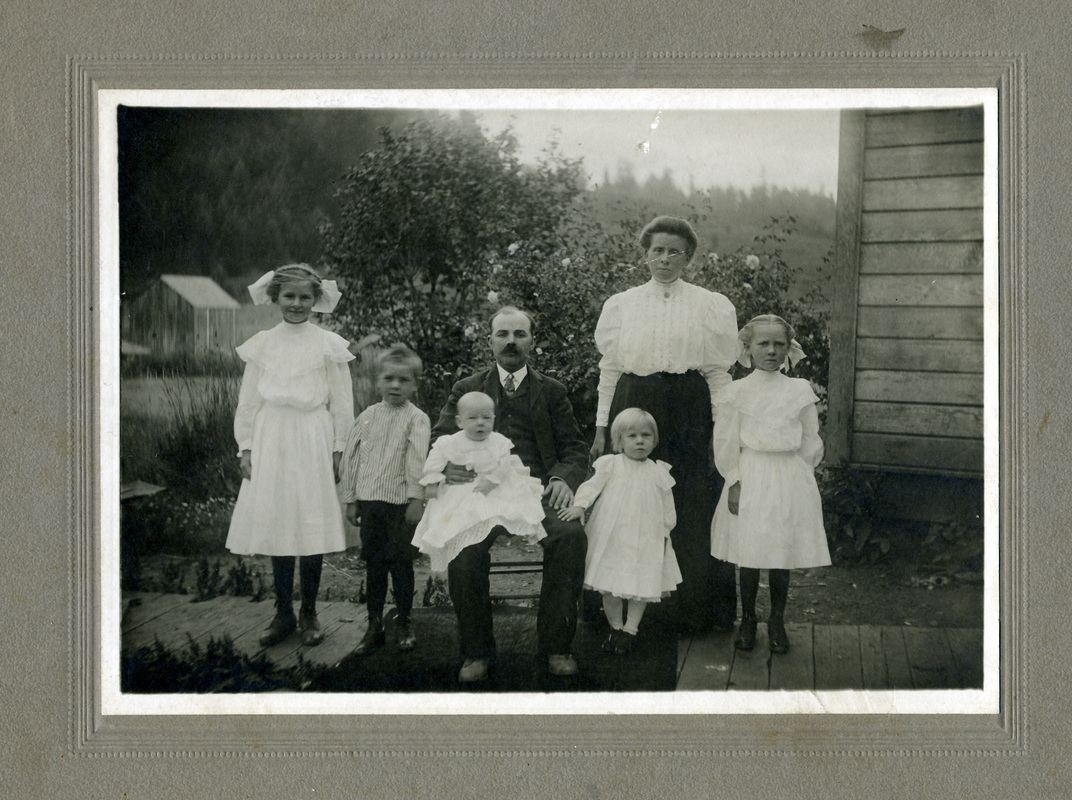 The Johann Georg and Margaretha Bauer family in Portland, Oregon circa 1905. All of the children shown were born by Georg's first wife, Christina Yost. Georg's second wife, Margaretha Krieger, is shown in this photo. From left to right the children are: Elizabeth (married Gottfried Geist), Peter, George, Edna (married a Bretthauer) and Mary (married a Lynch). Photograph courtesy of Stacy Hahn 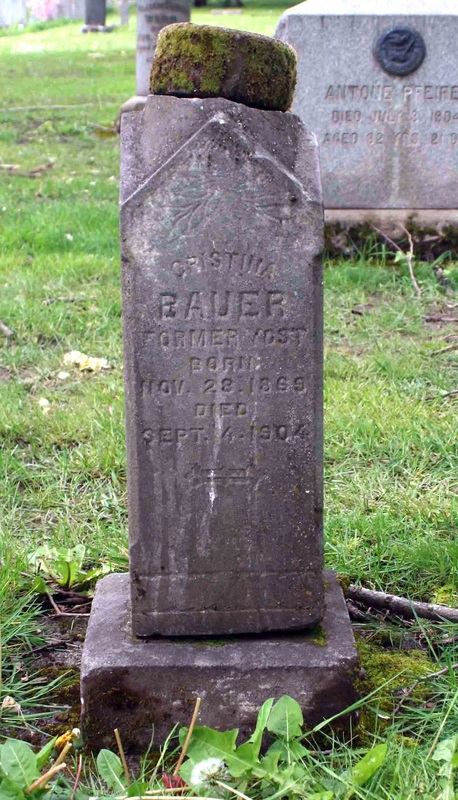