Conrad Heinrich (Conrad Henry) Urbach was born in Ohio on February 7, 1878, the son of Heinrich Urbach and Louisa Jorg. Heinrich and Louisa were from Norka, Russia and immigrated to the United States on December 8, 1876 arriving aboard the steamship Fresia. with three children,

The Urbach family initially settled in Ohio, but by 1880 they were living in School Creek, Nebraska.

Conrad married Katharine (Kate) Reisbich, the daughter of Henry and Catharine Reisbich, in Nebraska in 1900. Kate's brother John, and Conrad's sister Elizabeth, were married the same day in a double ceremony.

Conrad and Kate moved to Portland, Oregon along with Kate's parents about 1900. Conrad and Kate adopted a son, Lester who was born in Nebraska. By 1910, they were all living together with Henry and Catherine Reisbich at 371 Fremont Street.

In 1901, Henry Reisbich became the lay leader of the First United Mennonite Baptist Church, following its founder, Heinrich Helser. Henry led the construction of a new church building at 3524 NE 6th Avenue in 1910. Membership in the congregation was 37 people in 1912. Henry served the congregation until 1913 and died in 1925.

Conrad Heinrich Urbach died in 1935 and is buried in the same family plot as Henry Reisbich. 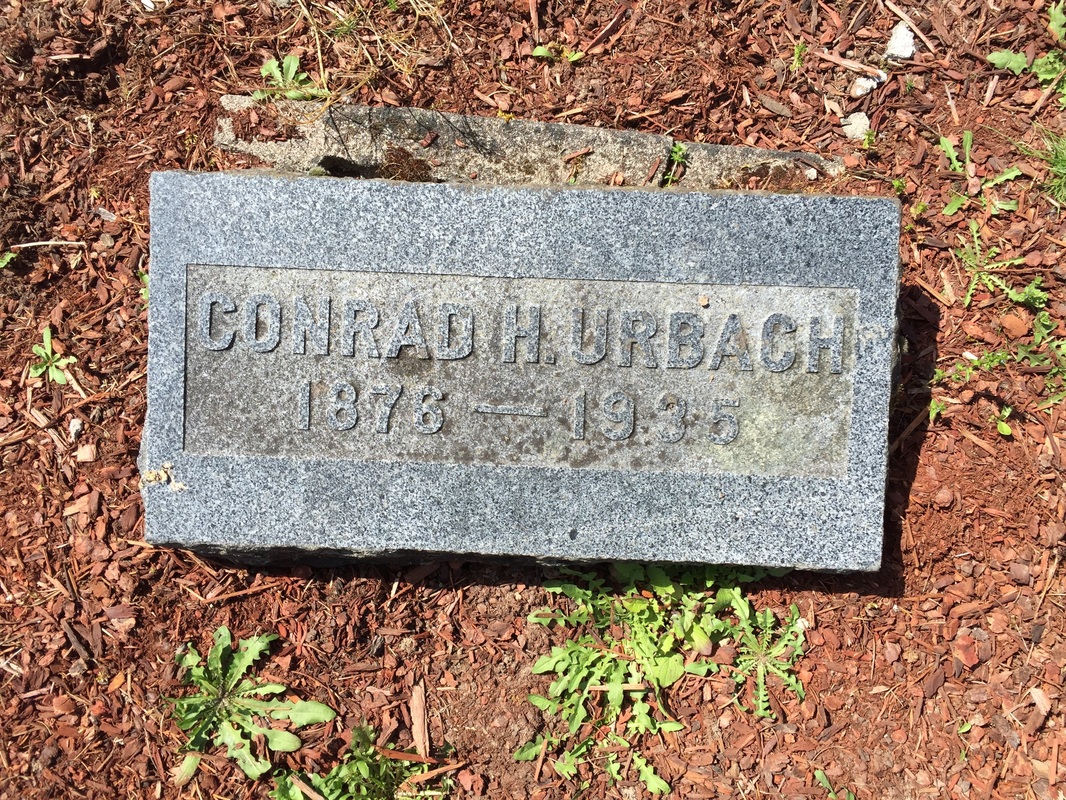