Thomas Lynn Trebelhorn was born in Portland on January 27, 1948, the son of George Henry Trebelhorn and Catherine Wilson.

George Henry Trebelhorn was born July 12, 1901 in the Volga German colony of Beideck (Talovka), Russia. He is the son of Henry Trebelhorn (born December 19, 1858 in Beideck) and Maria Sophia Hamburg (born March 4, 1863 in the colony of Walter, Russia).

In 1903, Henry and Maria Sophia Trebelhorn, along with their four children: Catharina, Jacob Henry, Henry and George Henry, departed from Beideck and traveled to the Port of Bremen, Germany. There they boarded the steamship Brandenburg which arrived in Baltimore in July. The family first settled in Detroit, Michigan where a daughter, Lena, was born in 1904. By 1908, the family was living in Portland.

George Henry married Catherine Wilson in July 1934 and they made a home in southeast Portland. Tom was the youngest child from this marriage.

Trebelhorn went on to play baseball at Portland State University and received accolades as a member of the All-Coast team. 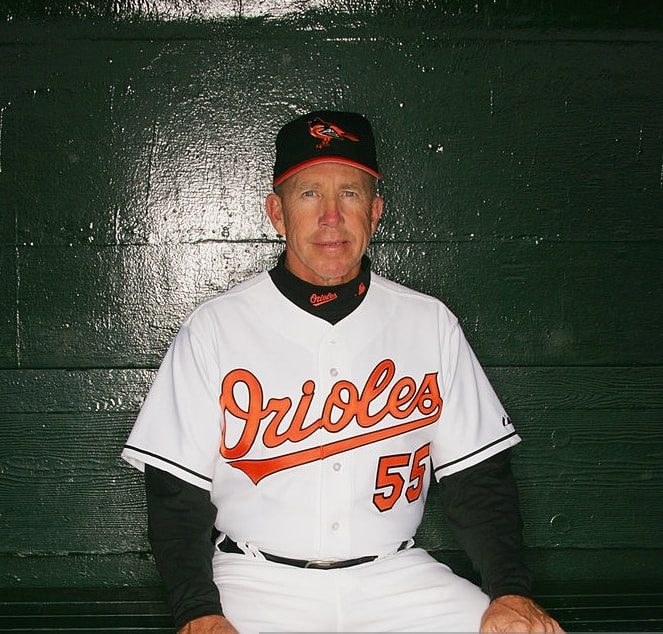 Trebelhorn was drafted in the sixth round of the 1970 Major League Baseball draft by the Bend Rainbows. The Rainbows were a newly formed Class A team independently owned by the Hawaii Islander, a AAA club that was affiliated with the California Angels.

At the completion of his playing career, Trebelhorn began his management career in 1975 with the Boise A's who were part of the Oakland Athletic's minor league organization. In 2009, future Hall of Famer, Rickey Henderson, stated at his induction ceremony that Trebelhorn taught him the intricacies of base stealing during his time with the Boise A's.

In 1985, Trebelhorn managed the Milwaukee Brewers top farm team, the Vancouver Canadians of the Pacific Coast League. In 1985 they won the league title.

The following year, Trebelhorn went back to Major League Baseball where he served as manager of the Milwaukee Brewers from 1986-1991. He was selected as Baseball America and Sports Illustrated Manager of Year in 1987.

By 1994, Trebelhorn was manager for the Chicago Cubs. After finishing in last-place that season, he was fired. While Trebelhorn's tenure as Cubs manager was short, it was certainly memorable. Following a slow start in which the Cubs failed to win their first 10 home games, Trebelhorn promised reporters that if the Cubs lost the next game, he'd answer questions from fans in front of the firehouse across Waveland Avenue from Wrigley Field. True to form, the Cubs lost the next game. True to his word, Trebelhorn marched across the street shortly after the game and held court. "OK, what do you guys want to know?" he said.

After his departure from the Cubs, Trebelhorn went back to the minor leagues as manager of the Tri-City Posse. In 1995 he directed the team to the league finals.

Trebelhorn married Playboy Magazine covergirl Elizabeth "Bo" Black. She refused a $5,000 payment to pose nude for the magazine. Bo later went on to found Summerfest, the worlds largest music festival. She died in 2020.

After returning to the minor leagues, Trebelhorn took on the role of manager again in 2008 for the Class A Salem-Keizer Volcanoes, a position in which he served through the 2012 season.

In 2009 and 2013, Trebelhorn coached the Italian National team in the World Baseball Classic.

On October 23, 2020, Trebelhorn pitched a complete game for the Cal Vets in a Men's Senior Baseball League (MSBL) World Series Championship Semi-Finals game against the Tucson Toros in Phoenix, Arizona. The Vets lost 1-0 on an unearned run in the final innings.