People > Stories > The Voice in the Wall

The Voice in the Wall

​Both sets of my grandparents are Volga Germans who came to Portland in the early 1900s. Since the mid-1990s, I’ve worked as an amateur historian to document and preserve the history of the Volga German settlement in Albina that began in the early 1880s.

One of the most surprising and satisfying parts of this work has been the interest I’ve received from people who currently live in the area. Many have expressed their curiosity about, and appreciation for, the early history of their neighborhood. That makes me feel good.

Sometimes connections between the past and present take unexpected turns. In January 2022, I received a message from Vanessa Renwick, a successful artist and filmmaker who lives on NE 11th Avenue near Beech Street. Vanessa bought her home in the early 1990s. While enlarging an interior door in her home, she discovered a crumpled ball of cloth in the wall behind the door frame. 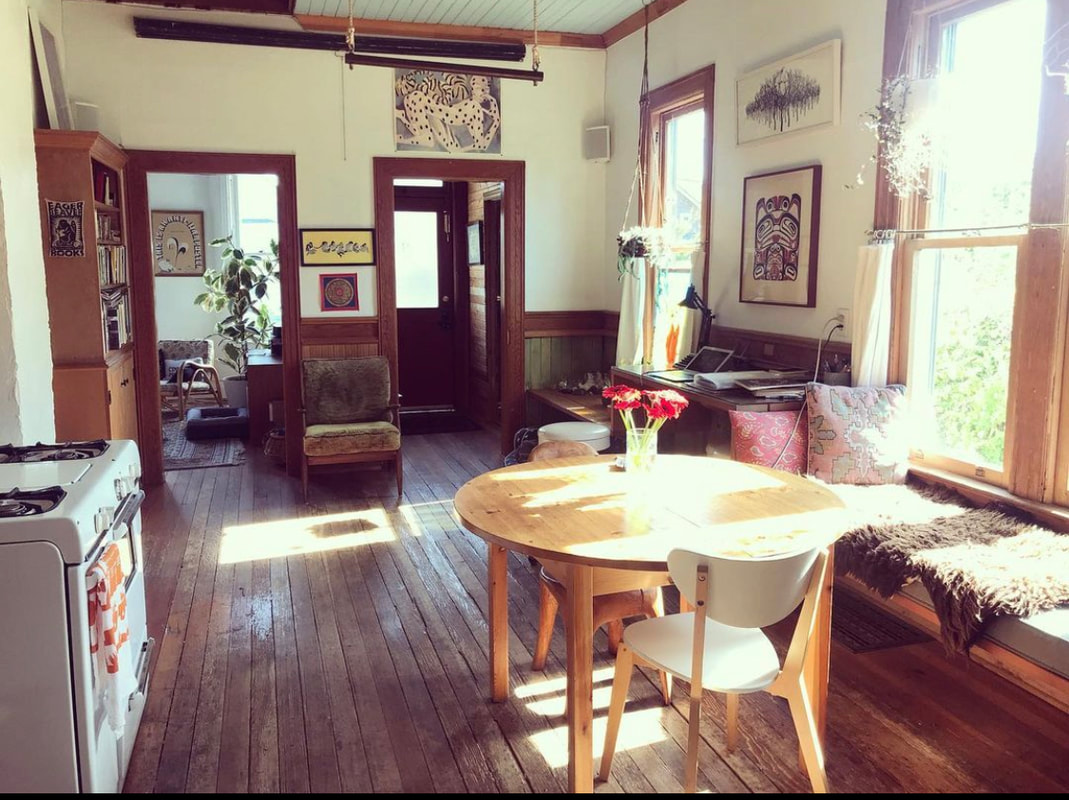 Photo of the door shown to the left prior to widening. Courtesy of Vanessa Renwick. 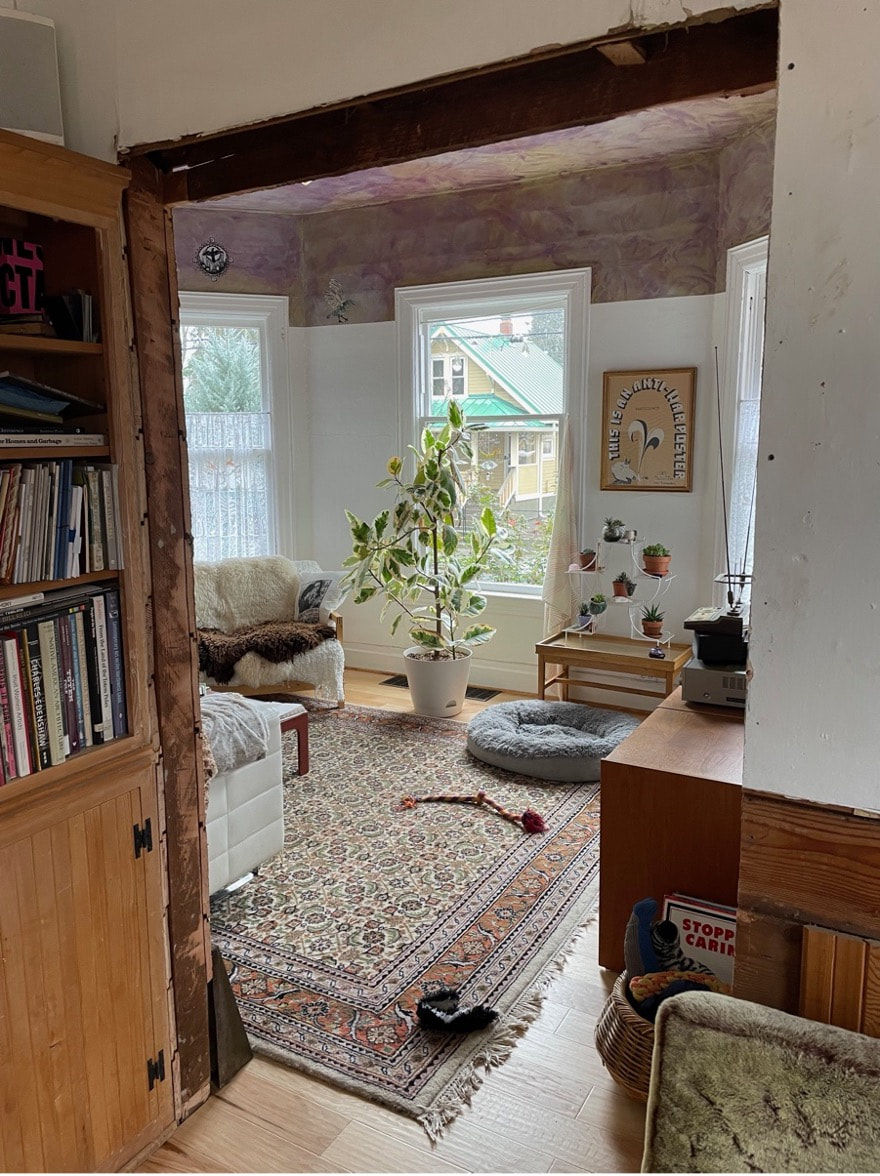 Photo of enlarged door opening. Courtesy of Vanessa Renwick.
​Curious, Vanessa unwound the ball of cloth. It transformed into an intricately sewn girl’s blouse. It is very similar to the style of blouse worn by Volga German girls at their confirmation in the early 1900s. It was almost certainly placed inside the wall more than 110 years ago, when the home was built.

The blouse was dusty and dirty after years inside the wall. Surprisingly, the cloth was also covered in what appeared to be blood stains. Vanessa carefully washed the delicate material, bringing it back to life. 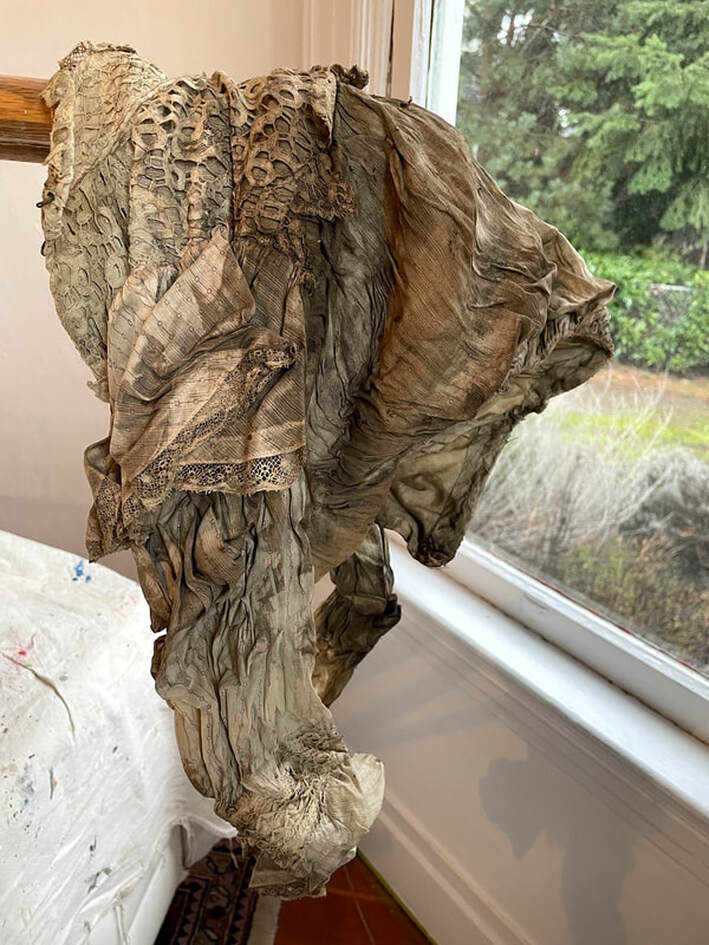 The blouse as found in the wall. Courtesy of Vanessa Renwick. 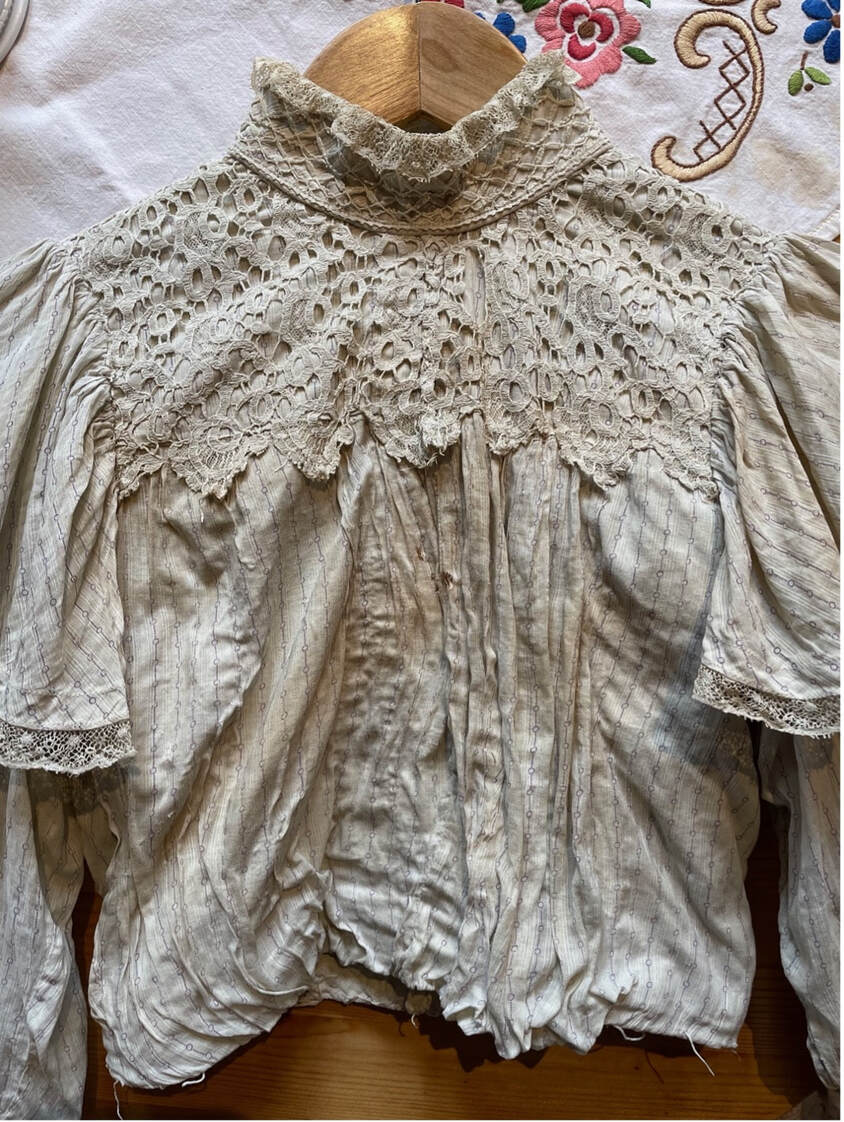 The beautifully sewn blouse cleaned to extent possible. Courtesy of Vanessa Renwick.
​Vanessa is well versed in the history and construction of her house. She knows every inch of it. She also knows that construction on the house began in 1907 by a German family named Miller. She wanted to know more about this family and their story. Vanessa's friend, Jenn Keyser, who worked at the Oregon Historical Society, recommended that she contact the owner of The Volga Germans in Portland website (me!) to see if more information could be gleaned about the Miller’s.

Lorenz (also known as Lawrence) was born on August 12, 1850, in the Volga German colony of Norka (now named Nekrasovo). He first married Magdalena Jäger (Yeager) in February 1872. Lorenz and Magdalena had three children:

Magdalena died in October 1878, shortly after the birth of her son, Johann Georg.

As an unexpected widower with three young children, Lorenz soon married Christina Kern. Christina was born on October 4, 1857, in Norka. They married in January 1879.

Shortly after Catharina’s birth, the family departed from Norka, bound for America. From the Russian city of Saratov, they traveled by train to Hamburg, Germany where they boarded the steamship Hammonia on August 1, 1886. The family arrived in New York on August 13th and originally settled near Culbertson, Nebraska. Three more children joined the family:

Lorenz, Christina, Peter, Catharina, Henry, Marion and Mathew moved west and arrived in Portland in May of 1904. Elisabeth married in Nebraska and remained there. After arrival in Portland, the family attended the Ebenezer German Congregational Church. Lorenz worked as a gardener according to the 1910 census. He died May 19, 1910, just weeks after the census was taken, and was buried at the Rose City Cemetery.

Christina continued to live in the house until her death on January 5, 1923. Her obituary, written by Rev. George Zocher, and published in Der Kirchenbote (The Church Messenger) states that “her well attended funeral was an indication of how much she was admired and loved in the community”.

Henry, his brother Mathew, and sister Marion (with her husband Adam Klaus) were living in the house on NE 11th at the time of the 1930 census. By 1940, the home was owned by Lorenz’s son from his first marriage, John L. Miller. Anna M. Miller is listed as the resident in the home from 1950 to 1960. The home passed out of the Miller family ownership about 1961. 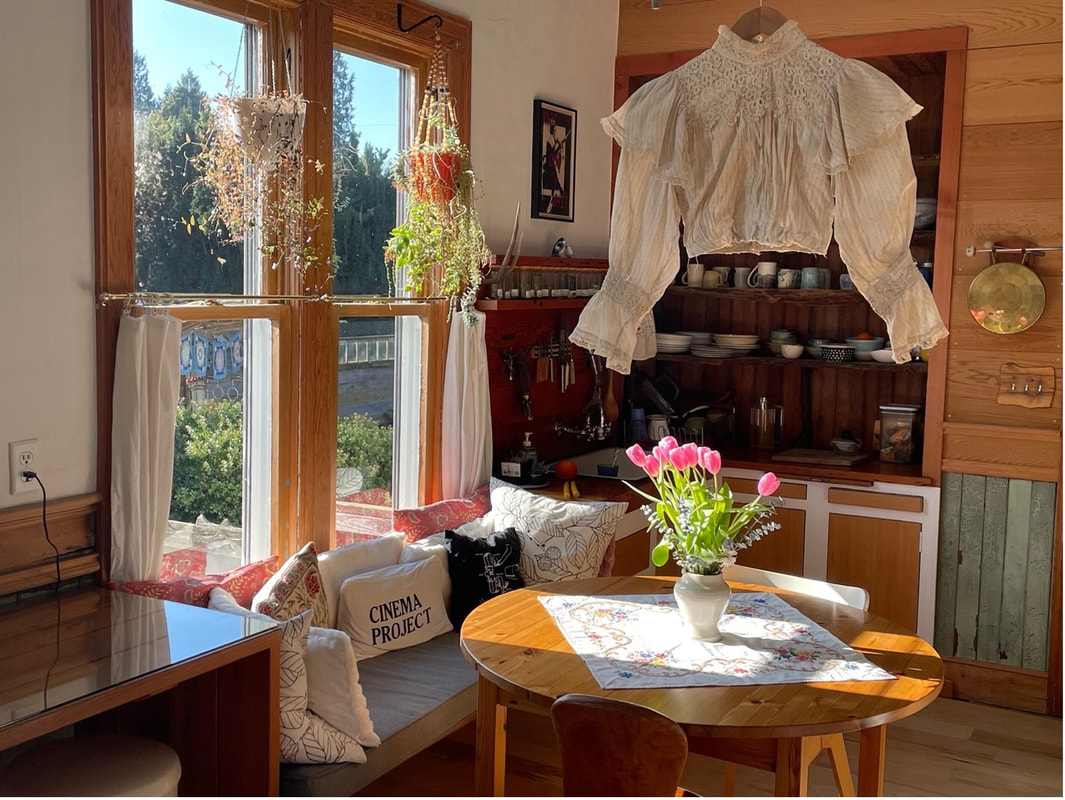 The blouse on display inside the house. Courtesy of Vanessa Renwick.
But what about the blouse? It probably belonged to Marion (also known as Miriam). She would have had her confirmation ceremony around the time the house was built. A photograph of the 1910 Ebenezer confirmation class shows girls wearing similar blouses. Marion may be the Maria Miller listed as part of this class. Marion married Adam Klaus in 1928 and lived on NE Beech Street, near her childhood home, until her death in 1952.

​Many more questions remain. Why was the blouse placed inside the wall? Was it left there by accident? Why did it have blood stains on it? Was someone injured during the construction of the house? Superstitions abound in Volga German culture. Could the blouse be related to some supernatural belief? Did Marion know the blouse was in the wall all those years? What purpose did it serve?

I mentioned Vanessa’s discovery to my sister, Marilyn. She told me that her friend Janet had lived a few doors down the street on NE 11th when we were kids in the 1960s. Janet’s mother was a Miller! Intrigued, I decided to see if I could connect the dots between Janet’s Miller family and the Lorenz Miller family. Maybe Janet could add more to this story.

I did find a distant connection between the two Miller families. I also learned that Lorenz Miller is my 4th cousin, 3x removed, and Christina is my 3rd cousin, 3x removed. It was fun to learn that I have a connection to these Miller’s, but the biggest surprise was discovering that my sister’s friend Janet is a 5th cousin! Marilyn was thrilled to learn about this. After all the years in hibernation, the blouse did indeed have a purpose. Without it, this family connection between two life-long friends would have never been discovered. I think the blouse is very happy about that.

For Vanessa, more immediate questions remain. Should the blouse go back in the wall before she finishes her project? Is the blouse part of the history and spirit of this home?  If the blouse could speak, what would it want?

I think it has more to tell us. Listen to the voice in the wall.

​Written by Steve Schreiber, April 2022. Published with the permission of Vanessa Renwick. If you have any information about the Lorenz Miller family or why the blouse was placed in the wall, please contact me.
Last updated April 5, 2022.