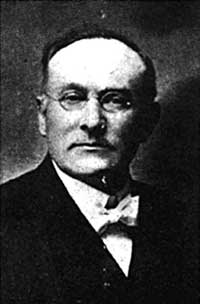 Rev. Zocher was in the ministry for 51 years serving churches in Missouri, Illinois, Iowa, South Dakota, Oregon, and Washington.

Reverend Zocher died in December 1944.  His funeral services were held at the Second German Congregational Church in Portland with Pastor H. Hagelganz officiating and he was interred at the Rose City Cemetery.