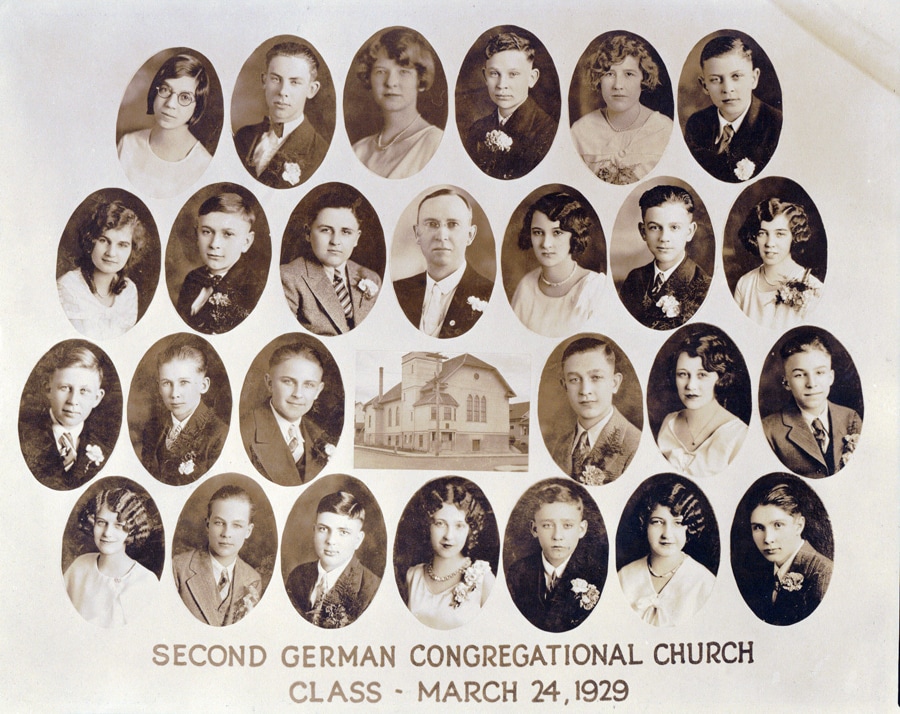 Photograph courtesy of Maria Hein, the daughter of Clarence Hein who is shown in the class photo. The Hein family home was located at the corner of NE 14th and Beech Street and was torn down in the 1960's to make way for the development that now house Whole Foods and the Albina Branch of the Multnomah County Library.

Allison Wysocki identified Frieda Kell and Wilhelm Wensrich and provides the following information: "The Kells were German and came from the Volga village of Holstein. The name was originally "Koelln" and then became "Kelln" and was eventually shortened to Kell at some point." "Wilhelm Wensrich was born in 1915 in Calgary to Johannes Wensrich and Maria Katharina Hilderman (his mother was from Holstein). His family moved from Calgary to Portland in 1922."