Scott Rueck is the Head Coach of the Oregon State University Women's Basketball Team. Rueck assumed leadership of the program on June 30, 2010. Prior to his arrival, the women's program had spiraled downward due to a mass exodus of player's from the team. 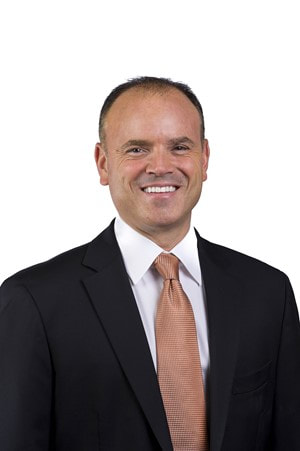 Despite the difficult situation, the Oregon State University Athletics website aptly summarizes Rueck's phenomenal success during his tenure at OSU:

​Rueck has been the architect of an accelerated turnaround of the women’s basketball program at Oregon State, bringing the team onto the national stage.

Rueck has led the Beavers to the NCAA Tournament in four-straight seasons for the first time in program history. Oregon State won it’s third-straight Pac-12 title in 2016-17, and tallied the second-highest win total in OSU history with 31.

​Rueck is also a homegrown talent who attended Glencoe High School in Hillsboro where he played basketball and his father, Marv, served as head coach.

After graduation from high school, Rueck went on to earn a bachelor’s degree in exercise and sport science from Oregon State in 1991, while adding a master’s in physical education in 1992.

Rueck got his start coaching while an undergrad at Oregon State, serving as assistant coach at Santiam Christian High School for the boy’s basketball team from 1989-93. He then became a women’s basketball assistant at George Fox University under former head coach Sherri Murrell, helping the Bruins to a 37-23 overall record and two NAIA postseason appearances.

​After 14 very successful seasons at George Fox University, Rueck was inducted into the George Fox Sports Hall of Fame.

By building a strong family based culture at OSU, Rueck's Beavers have compiled a 179-88 (.670) record in eight seasons, with appearances in the NCAA Tournament's Sweet Sixteen, Elite Eight and Final Four. In the process, the Beaver's have defeated legendary women's basketball program's from Baylor and Tennessee,

During his career, Rueck has earned numerous Coach of the Year awards and nominations.

Scott Rueck is the son of Marvin Carl and Mary Lou Rueck, the grandson of Carl and Ella May Rueck, and the great-grandson of Johann Georg Rück and Anna Maria Maier who were Volga German immigrants that migrated to the United States in the early 1900's and settled in Portland, Oregon. The Rueck family later moved to Scholls where their family farm remains in operation to this day.