Raymond (Ray) H. Maier was born on July 22, 1931, He was the youngest of six children of Jacob and Maria Maier, immigrant parents of Volga German families who moved to safety prior to WWI and settled in Northeast Portland. 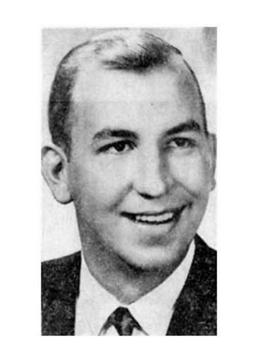 Ray graduated from Grant High School in 1949 and Cascade College in 1953, and was subsequently ordained as a minister of the United Church of Christ Congregational. He married Miriam Rae Maier on August 22, 1953. Miriam served as a licensed clinical social worker working with the Oregon State Children's Services Division. They met when both appeared on KWJJ radio's Sunday gospel music hour, she to sing, he to preach. Miriam preceded Ray in death.

Ray primarily served congregations in Lake Oswego, University Park and Hillsdale. He remained deeply committed to multiple efforts in community development throughout his career helping to establish community youth centers in Northeast Portland in conjunction with Highland United Church of Christ and the Youth Development of Albina. He served as a founding board member of Northwest Housing Alternatives, vice president of Development for Cascade College, dean of admissions for Seattle Pacific University, president of Lake Oswego Chamber of Commerce, chaplain for Cedar Hills Hospital and for Child and Adult Intervention Services in treatment of sexual abusers to name a few.

Ray also maintained close ties to his Volga German ancestry and the churches that they established in Portland.

Raymond H. Maier passed away peacefully on June 08, 2015 with family by his side.