Nicklous decided to migrate to the United States. He arrived in New York on February 17, 1901 aboard the steamship Pretoria which had sailed from Hamburg, Germany.

Shortly after his arrival Nicklous settled in Culbertson, Nebraska. There he married Elisabeth (Lizzie) Hohnstein on May 26, 1901. Lizzie is the daughter of Peter Hohnstein (born 1851) and Amalia Müller (born 1853).

Nicklous and Lizzie adopted Marie Caroline Wacker after her mother died in childbirth. Nicklous was a friend of Marie's father, Georg Conrad Wacker, and agreed to help his friend who could not raise a daughter alone.

In 1910, Nicklous. Lizzie and Marie are living in Culbertson and operating a farm. Sadly, Lizzie died on April 12, 1914 in McCook, Nebraska.

Nicklous sold the farm and he and Marie moved to Portland by 1914.

Nicklous and Matilda and  purchased a farm in east Gresham. The 1920 shows the Schnell family and two laborers (Henry Yeager and George Reisbich) living on the property.

By 1930, Nicklous and Matilda owned and operated the U.S. Sanitary Market at 745 Union Avenue (n0w 3513 NE Martin Luther King Jr Boulevard). At the time the Schnell's were living with Mathilda's mother, Amalia Netsch, at E 22nd St. N. in Portland. 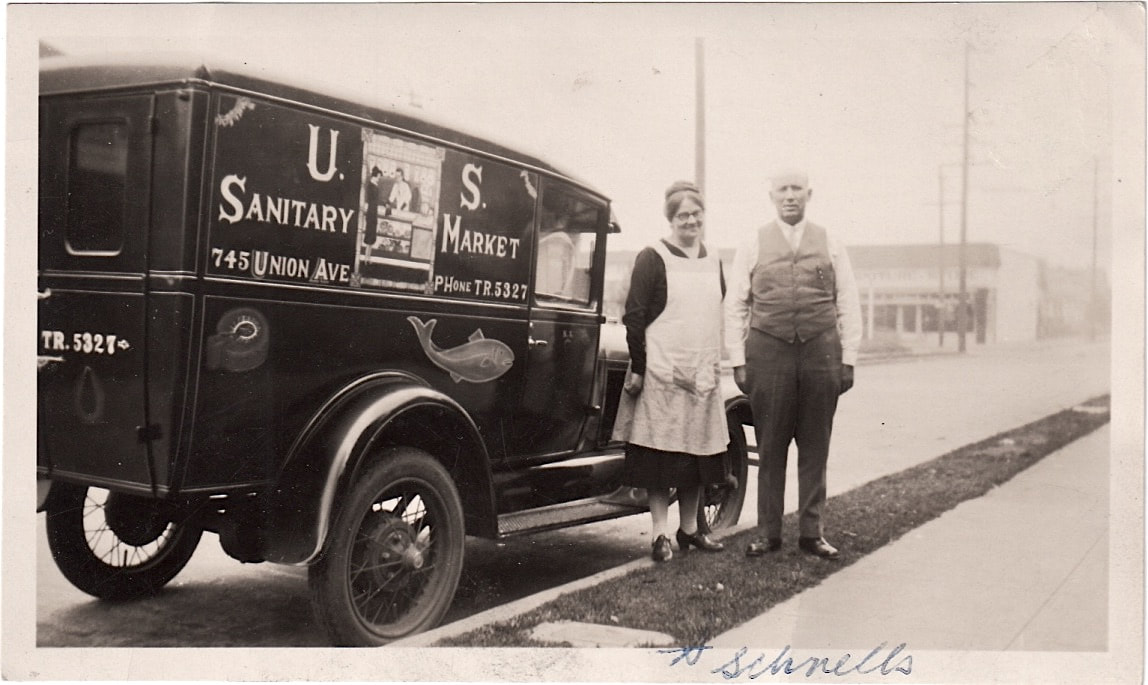 Nicolaus and Mathilda Schnell pose with their delivery truck.
In 1940, Nicklous and Matilda are operating a "Home for the Aged" at 823 NE 82nd Avenue. There are about 50 residents at this facility, including Amalia Hohnstein (née Müller) the 88 year old mother of Nicolaus' first wife, Elizabeth. Several other Volga German residents are living at this facility.

Nicklous died on April 25, 1971 in Portland and was interred with Matilda at Rose City Cemetery.