Nicholas immigrated to the United States in 1877 along with his parents and two siblings (Heinrich and Elisabeth). His older brother Wilhelm (William) was also aboard the ship with his wife (Catharina Margaretha Hahn) and their children. The Popp's departed from Hamburg, Germany on July 4, 1877 aboard the steamship Suevia and arrived in New York on July 18, 1877. The family settled near Sutton in Clay County, Nebraska. 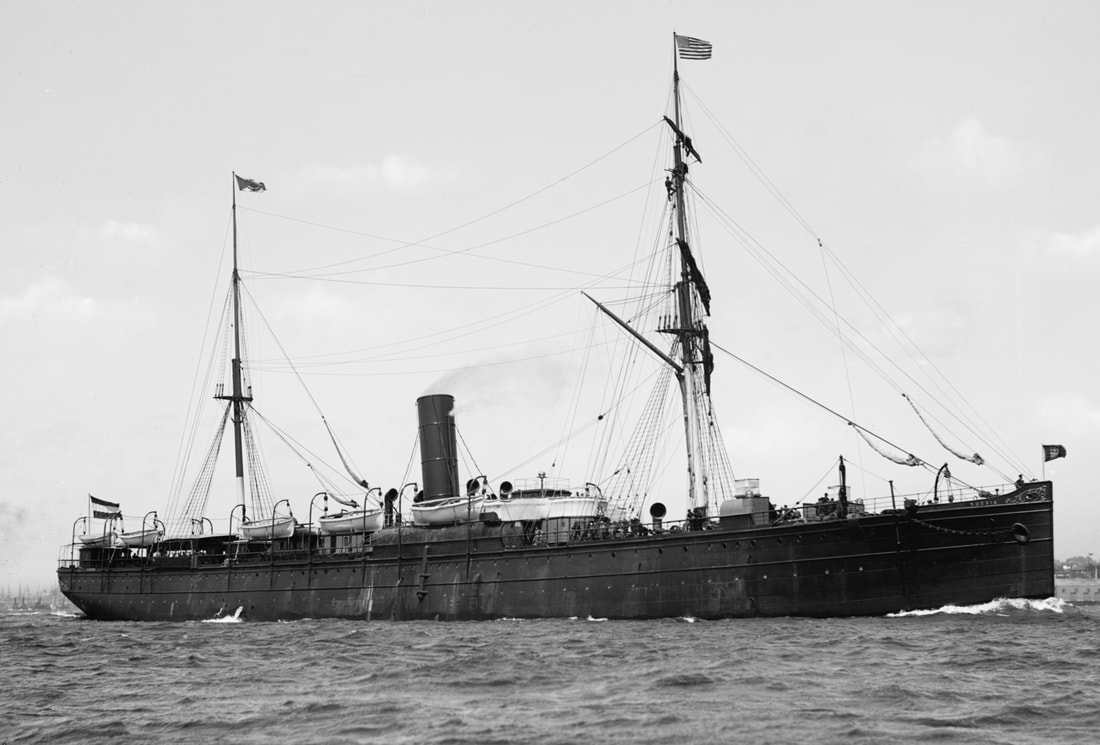 Photograph of the steamship "Suevia" taken between 1890 and 1894. Source: Wikipedia (Public Domain).
On August 22, 1886 Nicholas married Elizabeth Repp in Sutton. She was born in Norka on August 28, 1865, the daughter of Johann Peter Repp (born 1828) and Elisabeth Döring (born 1832). Elisabeth, her parents and brothers Conrad and Peter, arrived in New York aboard the Suevia on June 17, 1886. Also aboard this ship was the Conrad and Anna Maria Schnell family. The Repp's initially settled near Sutton, Nebraska.

Nicholas and Elizabeth decided to move west to Oregon about 189o and settled in Portland along with her mother, brother Conrad Repp and brother Heinrich. In 1891, the entire Popp family was residing on the south side of E. Russell, five lots east of Margaretta Avenue (later Union Ave and now MLK Blvd). Nicholas is listed as a laborer for J. Richardson. In 1892, Nicholas and family had moved to their own home which was located on the east side of E 9th four lots north of Beech (later designated as 794 E 9th N - now 3736 NE 9th Avenue). 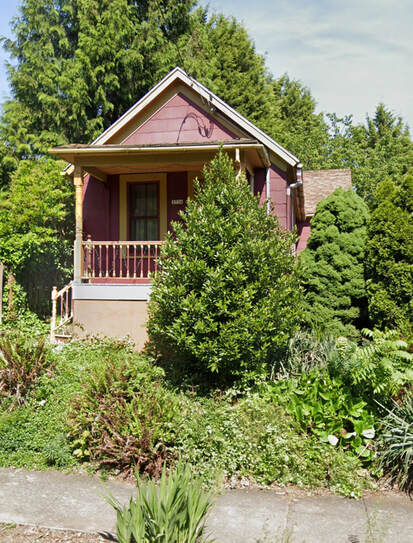 ​In 1891, Nicholas was one of the founders of the Mennonite Baptist church in Albina. He is listed as one of the signatories in the second articles of incorporation for the church filed in 1902.
​
The 1895 Portland City Directory shows that Nicholas found work as scavenger (garbage hauler), a business that many Volga German immigrants and their family members would go into.

Nicholas had an entrepreneurial spirit. He is listed in the 1900 U.S. Census and the 1901 Portland City Directory as the proprietor of his own grocery store located at 529 Union Avenue (now 2601 MLK Blvd). By 1910, he was working at a bakery, probably the Log Cabin Baking Company owned by Frederick Leinherr. He is listed as an employee of Log Cabin in 1912. In 1918, Nicholas was back in business for himself. He is listed as the proprietor of Nicholas L. Popp & Son Grocery located at 708 Union Avenue (now 3330 MLK Blvd). His business partner was his son, Reuben Ernest. At the time, Nicholas and Reuben were residing at 429 Fremont (now 623 NE Fremont).  Nicholas remained in the grocery business and by 1930 he had retired.

Nicholas died on September 9, 1935 and was buried at the Historic Columbian Cemetery.

Elizabeth died on September 3, 1945 and was buried with Nicholas. She left behind five children, seven grandchildren and 3 great-grandchildren.