Friedrich Jörg and his family, along with his widowed father Johann Jörg, were among the earliest Volga Germans to arrive in the United States on June 28, 1875 aboard the steamship City of Brussels which departed from Liverpool, England.

Frederick Jörg became a member and missionary of the Seventh-day Adventist German Reformed Church in 1883 at the time when the German movement within the church was in its infancy. In April 1886 he was leading a congregation in Culbertson, Nebraska. Frederick visited the Portland area in 1887 and began to organize congregations in Albina and West Union. He participated in the Nebraska Conference in September 1888 and is listed as minister in Sutton, Nebraska that year.

Johannes married Katharine ? on ? in ?

The Jörg family, including Johannes, decided to move to Portland between September of 1888 and early 1889.
By June 1889, Frederick was leading churches in Albina and West Union, Oregon. He was an active participant and led services in German at the North Pacific Conference held from May 12-21 in East Portland.

In 1891, Frederick and his family, along with his father, were living in Albina at the southeast corner of the intersection of Vancouver Avenue and Cedar (now Failing Street). The Rev. F. Jorg is listed in the Albina City Directory as the Pastor of the Albina Seventh-day Adventist Church at the same location. 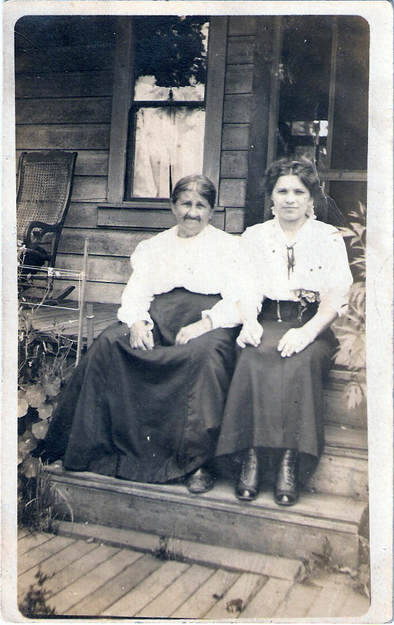 John George died in 1951 and was buried at the Rose City Cemetery in Portland.

Obituary for Fred George from a Seventh Day Adventist publication in 1912 - Ancestry.com