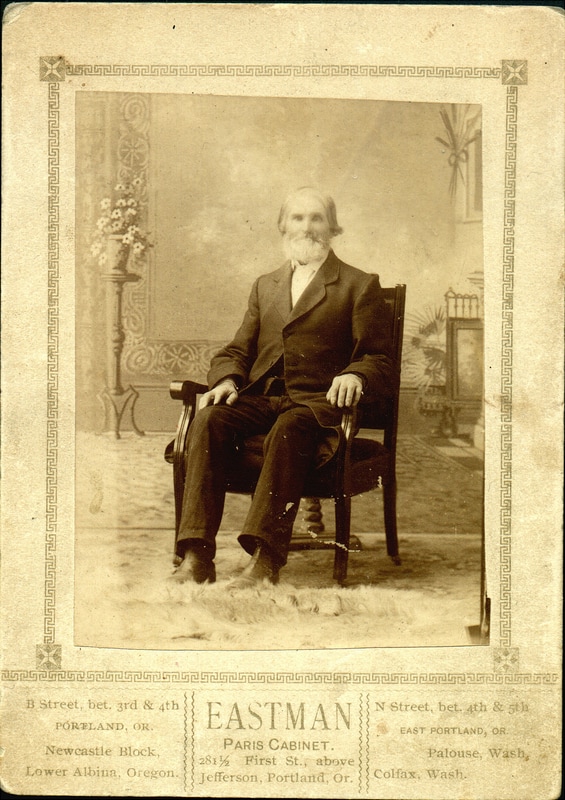 Photograph of Johannes Jorg taken in Albina, Oregon. Courtesy of Ruth Ann Plue.
Katharina died in 1875. Shortly thereafter, Johannes made the decision to immigrate to the United States with his son Friedrich, Friedrich's wife Christina Bauer, and their six children. The Jörg family sailed from Liverpool, England and arrived in New York on June 28, 1875 aboard the steamship City of Brussels. This ship carried some of the first Volga Germans to arrive in America.

Steamship "City of Brussels"
The family first settled on a 320 acre railroad land grant near Sandusky, Ohio, and later migrated to Sutton, Nebraska, in 1880.

Johannes, Friedrich and Christina, along with Anna Elizabeth and Ludwig Spady made the decision to move from Nebraska to Oregon in 1887 or 1888.

In 1891, Johannes (now John Jorg) was living in Albina, Oregon on Vancouver Avenue at the southeast corner of Cedar (now Failing Street)​ with his son, now the Reverend Frederick Jorg, pastor of the Albina Seventh-day Adventist German Reformed Church. 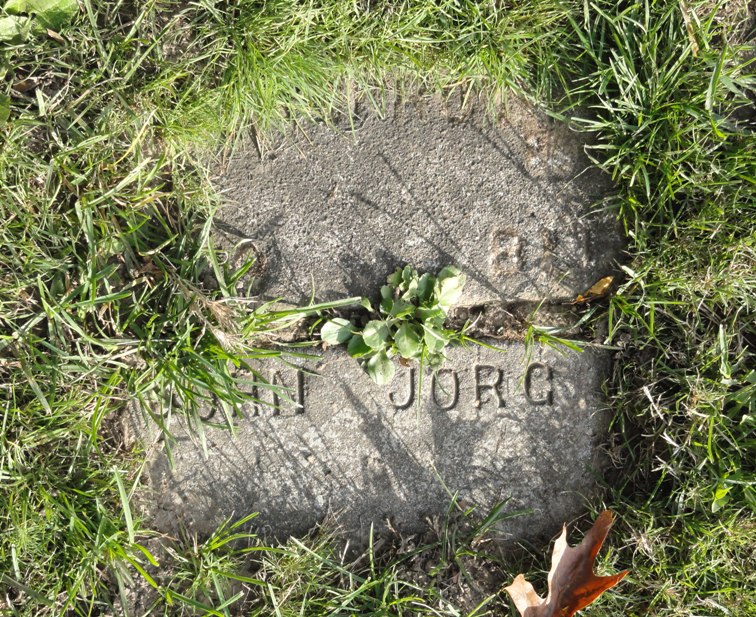 Johannes Jörg and his family were true pioneers amongst the Volga Germans, leading the way to America and the settlement in Portland.