Johann Friedrich Jörg was born in Norka, Russia in April 9, 1867, the son of Johannes and Margaretha Jörg, and the grandson of Johannes Jörg. The Jörg family was among the first group of Volga Germans to immigrate to the United States on June 28, 1875 aboard the City of Brussels.

Johann Friedrich married Katharina Müller on February 26, 1888 at his father's house in York, Nebraska. Katharina was born in Norka on May 26, 1866, the daughter of Johann Adam Müller (born 1836) and Elisabeth Hölzer (born 1836). The Müller family came to the United States in 1887 and Johann Adam died shortly after their arrival.

The entire Jörg family decided to move to Portland between September of 1888 and early 1889. Johann Friedrich's uncle, Friedrich Jörg, had first traveled to Portland in 1887 and founded the first Volga German congregation there, the Albina Seventh-day Adventist Church, in 1889.

In 1900, the family was living and farming in rural Beaverton, Oregon.

By 1920, John, Kate and Adam are living in Portland at 776 Grand Avenue North and John is working as a carpenter in the railroad shops. 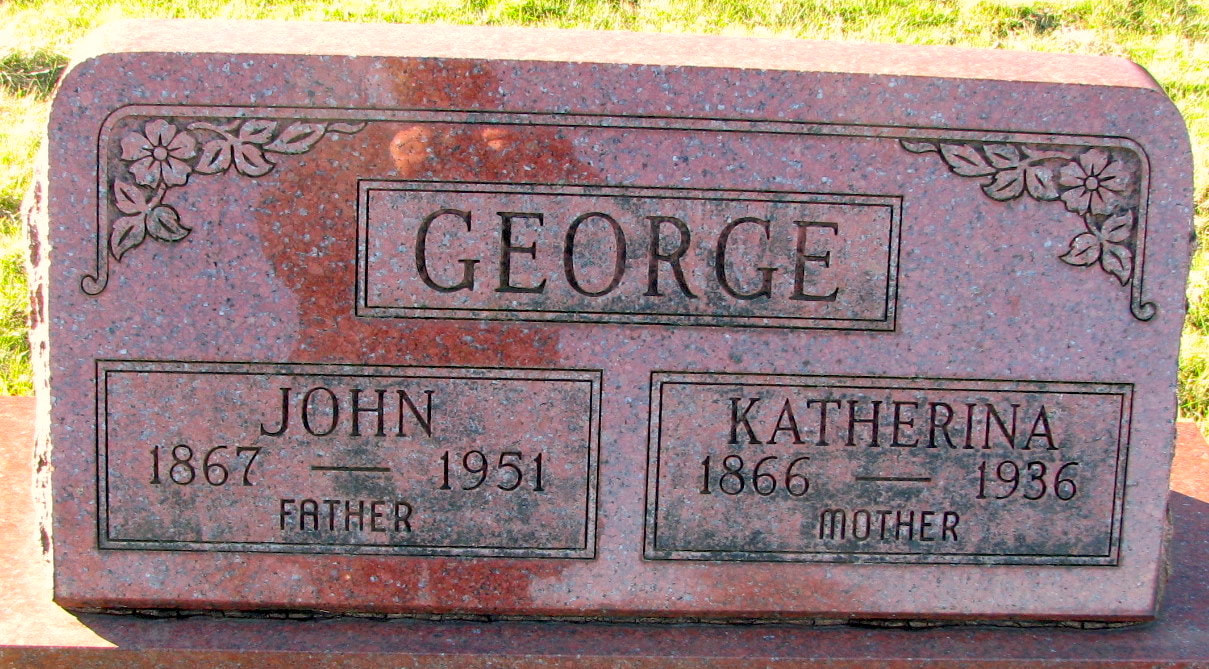