Alexander Hildermann first arrived in Portland May 8, 1919 and was soon joined by his brother, David. Alexander and David had previously operated stores under the Hildermann Brothers banner in Tangier, Oklahoma and Calgary, Canada. Alexander learned the trade in the town of Kamyshin, Russia, on the Volga, after leaving the family home in the colony of Holstein once he completed his schooling. He came to America in 1900 at twenty years of age.

Alex and David bought the former John H. Sinner store at 3536 NE Union Avenue near Fremont Street on December 1, 1919 and named it Hildermann Brothers Grocery and Meat Market. They had a horse and wagon to deliver their own groceries and had a man go around from house to house to take orders. Many of Alexander and David’s children worked in the store once they were old enough. They worked hard and in a few years built up a good business.

It was more than a store, more like a community-meeting place.  Alex helped many of the Germans from Russia immigrants get settled in their new community and would often help write letters and translate documents for his customers.  He helped others get their American citizenship. Even though Alexander and David were brothers, they didn’t look alike. They were called “Hildermann, Weiss” and “Hildermann, Schwarz”, which means white and black in German, as Alexander had light hair, and David, dark. 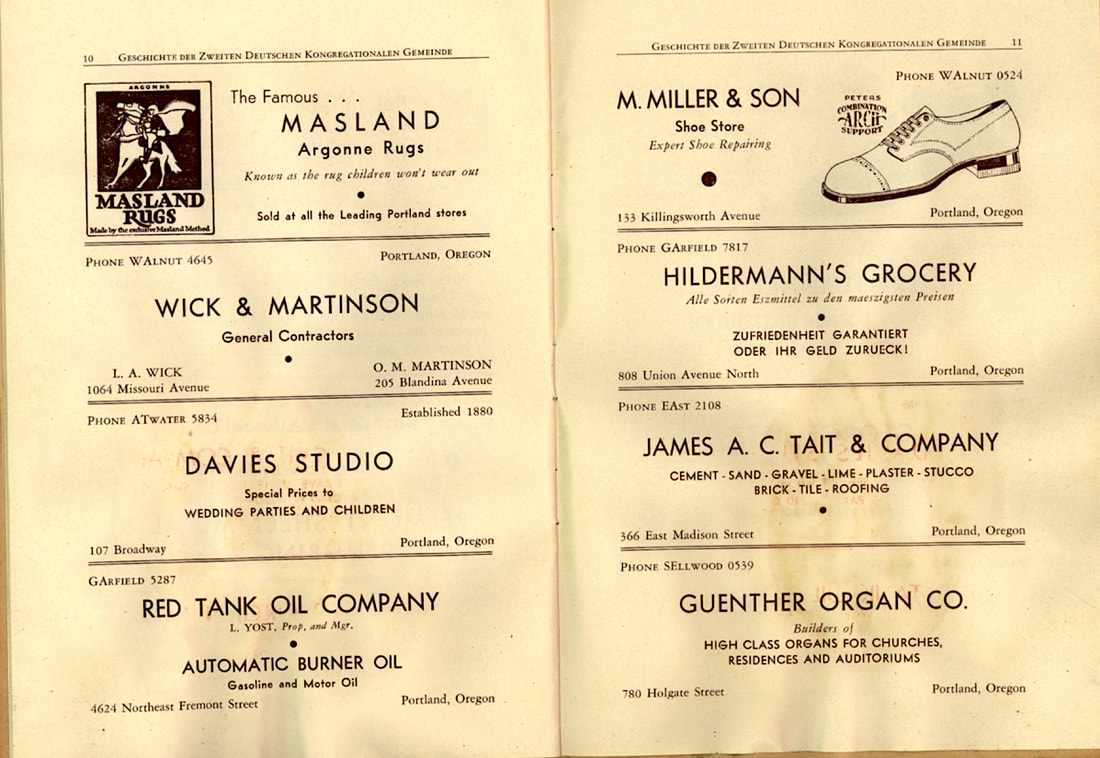 Page showing an advertisement for Hildermann's Grocery from the 20th Anniversary booklet for the Second German Congregational Church in Portland (1932). Source: Steve Schreiber.
Alexander sold his interest to David in May of 1928 and retired for the first time. Alexander would return to the grocery business in 1933.