George Wagner was born April 3, 1871 in the colony of Brunnental, Russia, the son of Johannes Wagner and Katharina Batt who were early pioneers in Portland.

George and Katherine immigrated to the United States on March 20, 1899 arriving in New York on April 5, 1899 aboard the steamship Graf Waldersee along with his father and step-mother, who had briefly returned to Russia. George was naturalized in Ritzville, Washington where he first settled before migrating to Portland.

George owned and operated a Jitney bus for several years. 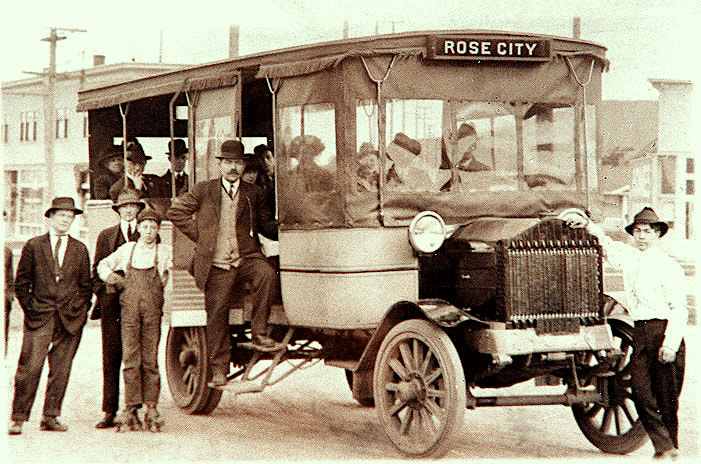 With his first wife, Katherine, George had 8 children:

Jacob H. ("Jack") was born April 28, 1895 in Brunnental. Jack was a auto mechanic, President of the Oregon Truckmen's Association and served in the Oregon State Legislature.

Henry W. was born October 4, 1900 in Oregon and owned a successful radio and television business.

Katherine died on August 30, 1917 in Portland and George then married his second wife, Christine M. Brehm in 1918.

George and Christine had one child together: