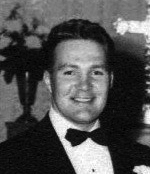 Richard (Rich) Arthur Koch was born on August 27, 1928 in Portland, Oregon, the son of Peter (Pete) and Anna Koch. Peter Koch emigrated from Kolb, Russia around 1912 with his parents and they settled in Portland. Pete married Anna Marie Hartung in 1925. The Hartung family emigrated from Frank, Russia.

After high school, Rich attended Oregon State College (now Oregon State University) and served in the military during World War II. He played football for the 8th Army in Japan following the war. The 8th Army team played in the Yokohama area starting with the occupation of Japan.

Rich later decided to extend his education at the University of Oregon Medical School (now Oregon Health Sciences University) receiving a doctor of medicine degree in 1954. He served as a general practitioner in Pilot Rock, Oregon for many years. He delivered over 2,000 babies during his years of medical practice.

Rich loved sports as was invited to try out for the U.S. Olympic trapshooting team.

In 2004, Rich served as President and a board member of Happy Canyon. In 2004, he was selected as a member of the Pendleton Roundup and Happy Canyon Hall of Fame.

Rich is the brother of Dr. Raymond Koch, another notable person from Portland with Volga German ancestry.

Dr. Richard Koch died on October 12, 2003 and was buried at the Pilot Rock Cemetery.