Carl married Catharina Schwindt before 1875. Catharina was born January 22, 1851 in Norka, the daughter of David Schwindt and Magdalena Schmer who were also early settlers in Portland.

The family immigrated to the United States in 1888 and probably arrived in Portland that same year. The City Directory of 1889 lists Karl Fruehouf, a lockmaker, residing on the westside of Borthwick, two lots east of Sellwood.

In 1910, the family was living at 406 Graham Avenue and Carl was working as a machinist for a steam railroad company. Their son, Charles was married and living next door. Charles worked as a bartender in a saloon.

Catharina died on April 12, 1915 in Portland and was buried at the River View Cemetery.

Carl died on March 7, 1934 and was buried with Catharina at the River View Cemetery. 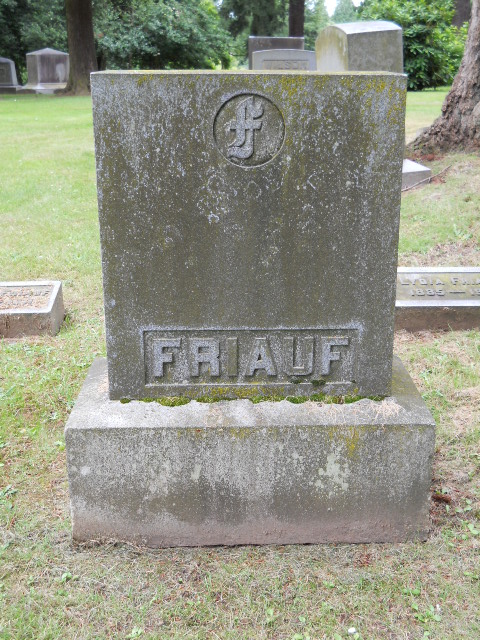