Adam, Catharina Elisabeth and Magdalena obtained their Russian passport in December 1886 and immigrated to the United States arriving on February 14, 1887. 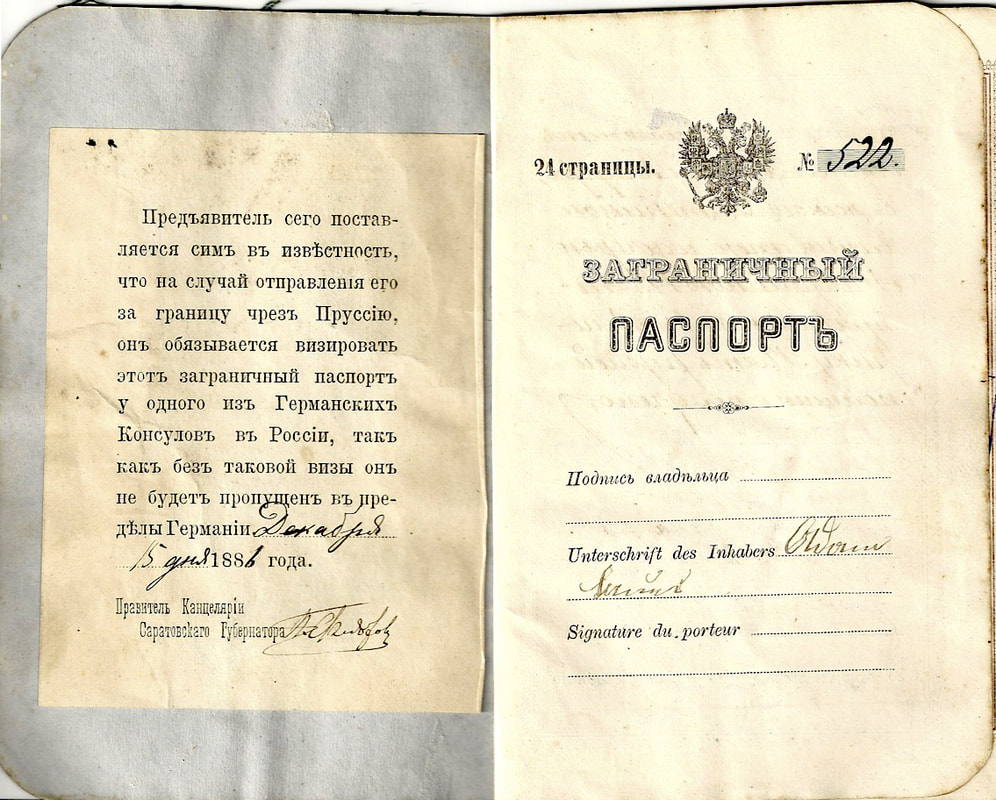 Inside cover and front page of the Adam Bauer family Russian passport. The note pasted on the inside cover states: ""This note is to make the holder of this document aware that, if going abroad through Prussia, he is required to receive a visa for this international travel passport from one of the German consuls in Russia. Without such a visa, he will not be allowed into Germany. December 15, 1886. {Signature by] Head of the Saratov Governor's Chancellery." Translation provided by Tanja Schell. Passport courtesy of Peter Michael Bauer. 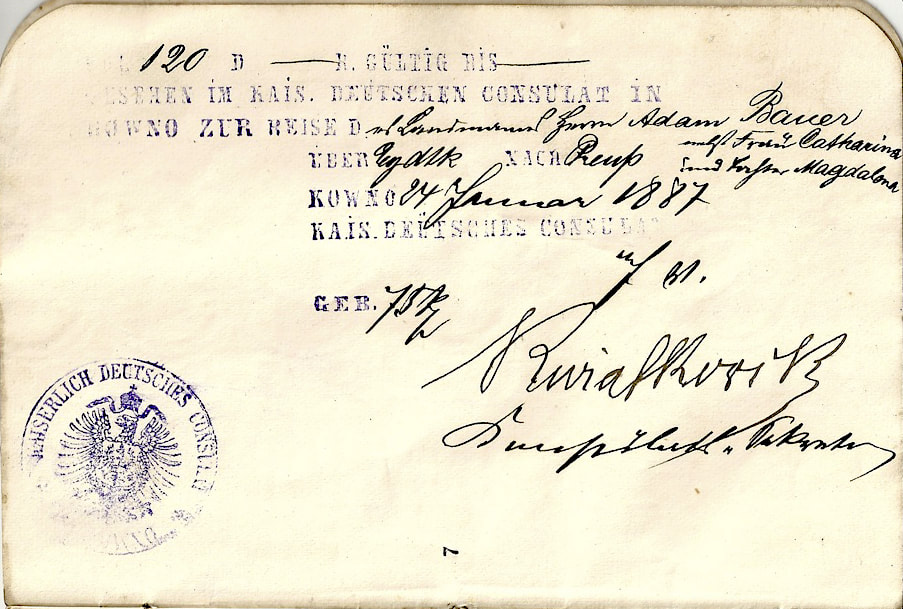 A visa dated January 24, 1887 from the German Consulate in Kovno, Lithuania (then part of the Russian empire) providing approval for Adam, Catharina and Magdalena Bauer to travel through Germany. The visa was included in the Bauer's Russian passport. Courtesy of Peter Michael Bauer.
Upon arrival, the family initially settled in Kansas. A daughter, Paulina (known as Pearl) was born in May 1888.

By 1889, the Bauer's had migrated to Portland and settled in the Albina area with a growing group of Volga German families. In 1890, their residence is listed in the Albina City Directory as the south-side of San Diego (now Brazee), four lots east of Margaretta Avenue (later Union Avenue and now Martin Luther King Jr. Blvd). In 1891, the family appears to be sharing a house with Adam's paternal first cousin, John Bauer, and his wife Maria Catharina on the south-side of San Diego, 5 lots east of Margaretta Avenue. 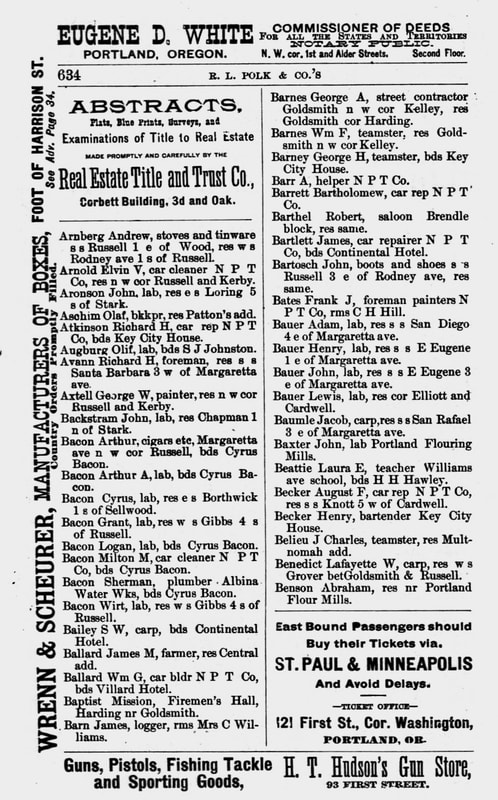 Listing in the 1890 Albina City Directory for the Adam Bauer household.
Two sons, Johannes (1896) and William (1898) were born in Portland.

By 1900, the family is living at 793 Union Avenue (now 3739 NE MLK Blvd.) and Adam is working as watchman at a sash (door and window frame) factory. Catharina Elisabeth's mother (Margaretha Kneiss, born 1825) is living with them.

In 1920, the entire family was living together along with the wives of Johannes (John) and William.

The family continued living at the same location on Union Avenue up to the time of Catharina Elisabeth's death on December 20, 1930. She was buried at the Rose City Cemetery.