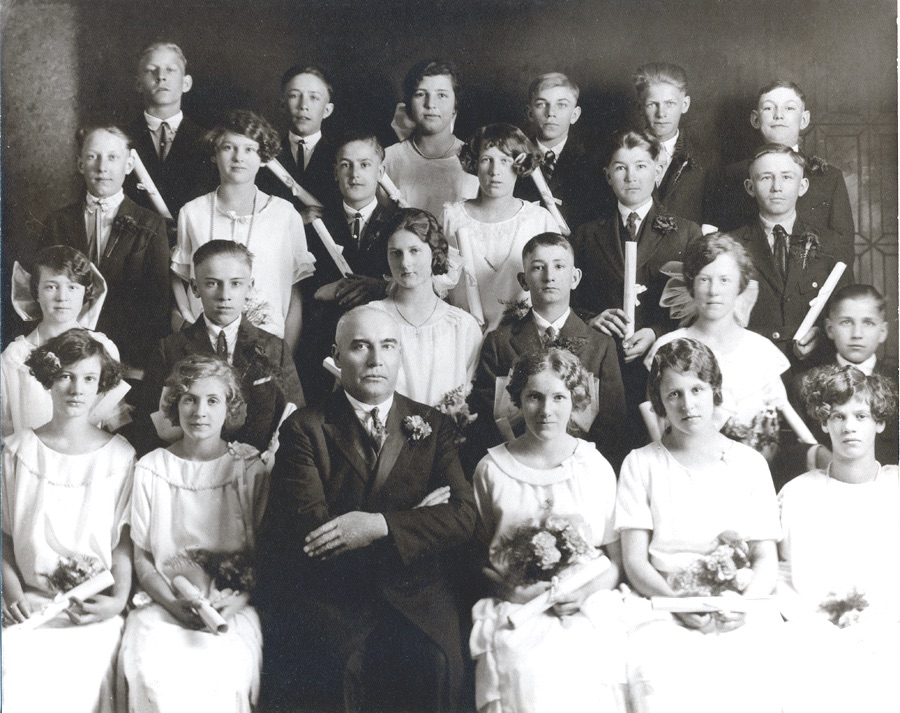 Translation of the Zion Congregational Church Books 1914-1967. Names are spelled as shown in the church records. Alternative spellings are shown in parentheses.

John Arndt was identified by his great-niece, Heather Arndt Anderson.

Rachel Brethauer was identified by her daughter, Dorothy June Peters (née Shaffer). Rachel Brethauer married Adam J. Shaffer. The photograph showing the bow in Rachel's hair brought tears to Dorothy's eyes as she recalled that her mother would often place a large bow in her hair on special occasions.