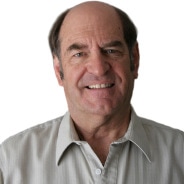 His research is still widely cited in nations such as Australia which are still adopting OBE. Nevertheless, the names have been changed in the US largely due strong negative responses to these programs when they have been introduced to actual students and parents. All of these titles refer to a similar philosophy and a plan which implements radical and "systemic" change into schools. Many have researched the thousands of articles on the internet referring to Spady, with many showing the beneficial effects of his theories on actual children.[1]

Spady was honored for his OBE work in the Philippines in 2015, where they are implementing OBE in some of their schools for grade level 10-12.

Spady is the author or co-author of nine books. His latest book, Bringing Heart and Soul to Education, was published in 2014.

William Spady is the son of William G. and Edith D. Spady whose families are from the Volga German colony of Norka, Russia.

The Spady family have been generous supporters of the Oregon Chapter of the American Historical Society of Germans from Russia (AHSGR) and the Center for Volga German Studies at Concordia University.