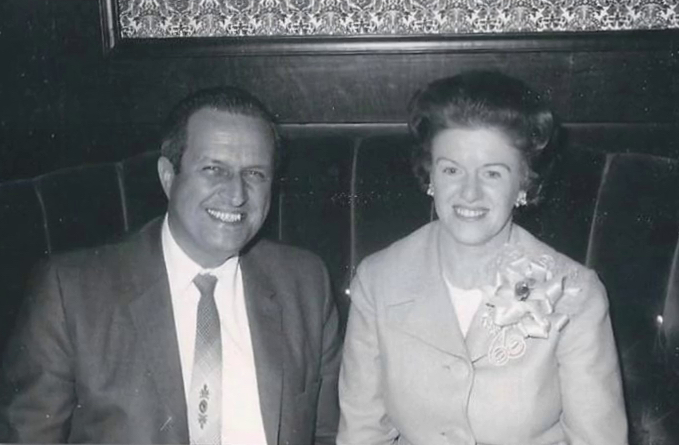 Dr. Wilhelm J. and Imogene Sittner
Wilhelm (also known as William and Bill) graduated from Jefferson High School in 1934 and Whitman College in 1938. He went on to graduate with a Doctor of Medicine degree from the University of Oregon Medical School (now Oregon Health Sciences University or OHSU) in June 1942 and completed his internship at Emanuel Hospital in Portland. Dr. Sittner was one of the first Volga German descendants in Portland to graduate with an advanced degree.

During World War II, Dr. Sittner served as a lieutenant in the U.S. Navy Medical Corps in the Pacific.

Dr. Sittner married Imogene (Penny) Leghorn on May 21, 1955. Penny Sittner served as President of the Oregon Chapter of the American Historical Society of Germans from Russia from 1982 to 1983.

Dr. Sittner served in private practice for 40 years until his retirement in 1991. After his retirement, he continued to assist in surgery for another six years. Dr. Sittner was on the staffs of Legacy Emanuel Hospital and OHSU, where he was also an assistant professor in the department of public health and environmental medicine.

Dr. and Mrs. Sittner were devoted members of the First Presbyterian Church in Portland.

Dr. Sittner died on September 5, 2000 in Portland and was interred at the Rose City Cemetery.