My Grandmother (who is deceased) was born in the Midwest shortly after her family made the move from the Volga region of Russia. She had about 12 siblings, most of whom stayed around the Russell, Kansas area and are still there today. I remember her talking about some of the family moving to Canada and the Northwest. Her family name was Bitter and I want to know more about where the rest of the family went and what has happened to them 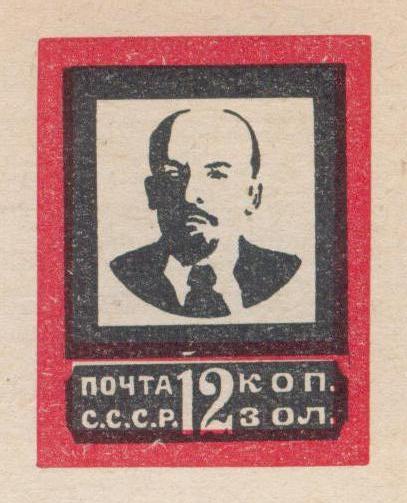 A 12 kopek Russian stamp from 1924 featuring an image of Lenin. Source: Wikimedia Commons (Public Domain).
I would like to share one story that I remember from the many she told me as a child.  When she was still very young her family would write letters to the family they had left behind in Russia. Sometimes they would receive responses back. The letters her family received back contained very little information about how their loved-ones were doing. The letters were about very superficial things like the weather, and how everything was just fine in Russia. Every letter they received would always ask about their stamp collection. This was very odd because they didn't have a stamp collection. After the fourth or fifth letter this began to get a little strange. What did this mean, this stamp collection? Well, out of curiosity someone peeled back a stamp on one of the letters and made a chilling discovery. Written behind the stamp of every letter were messages like "please help, they are killing us" and "they have taken our homes" and "we are starving, send money." One day the letters just stopped coming and they did not hear from them again. Of course they had tried to help, but it was too late.

Story written by John Devore of Portland, Oregon and used with his permission.
Last updated November 7, 2017.