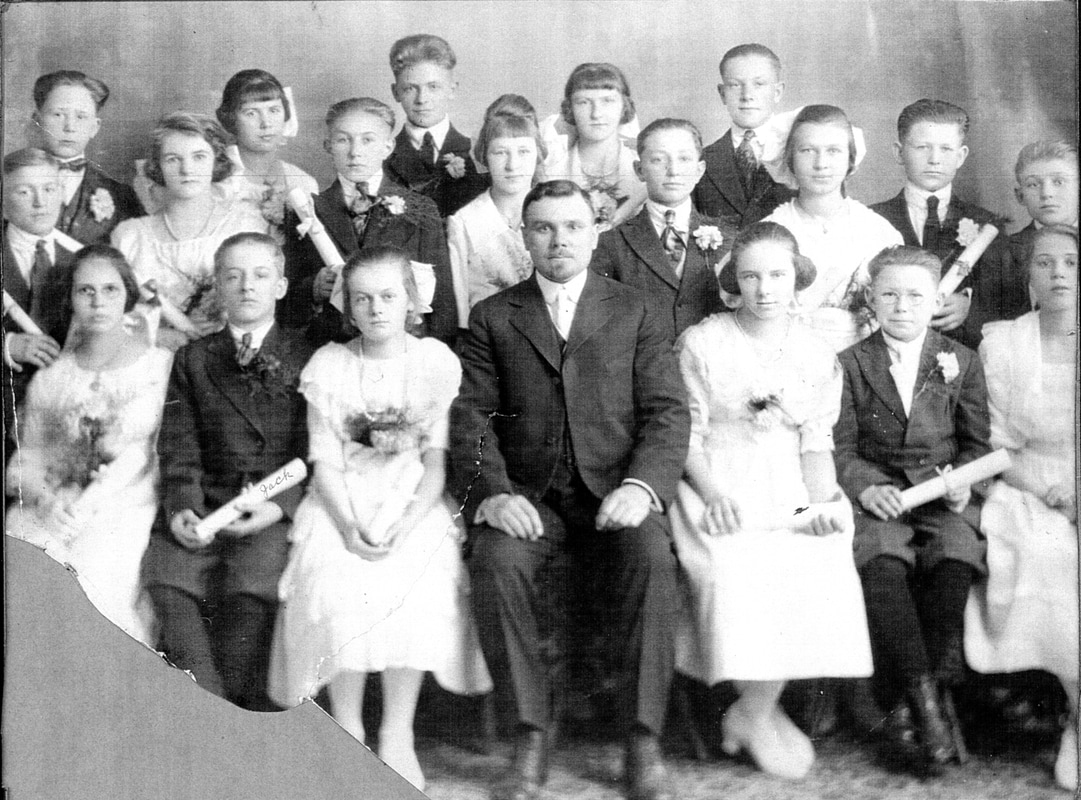 Most of the class members in this photo were identified by Walter Fritzler who wrote their names on the back of his confirmation photograph. If the names written by Walter Fritzler varied from those in the church records, his variations are shown in parenthesis. This information was provided by Walter's son, Walter Keith Fritzler on August 29, 2013.