Philipp Scheidemann was born in Norka, Russia on September 8, 1857, the son of Conrad Scheidemann (1836) and Catharina Margaretha Brehm (1835).

The Scheidemann family immigrated to the United States on June 27, 1888 arriving in New York from Bremen aboard the steamship America. The family initially settled in Nebraska where twins were born: Magdalena and Anna (born Nov 1889).

Philipp died in 1904 and was buried at the Historic Columbian Cemetery.

Anna Elisabeth (Alice) married John Senner. She died in 1945 and was buried with Philipp. 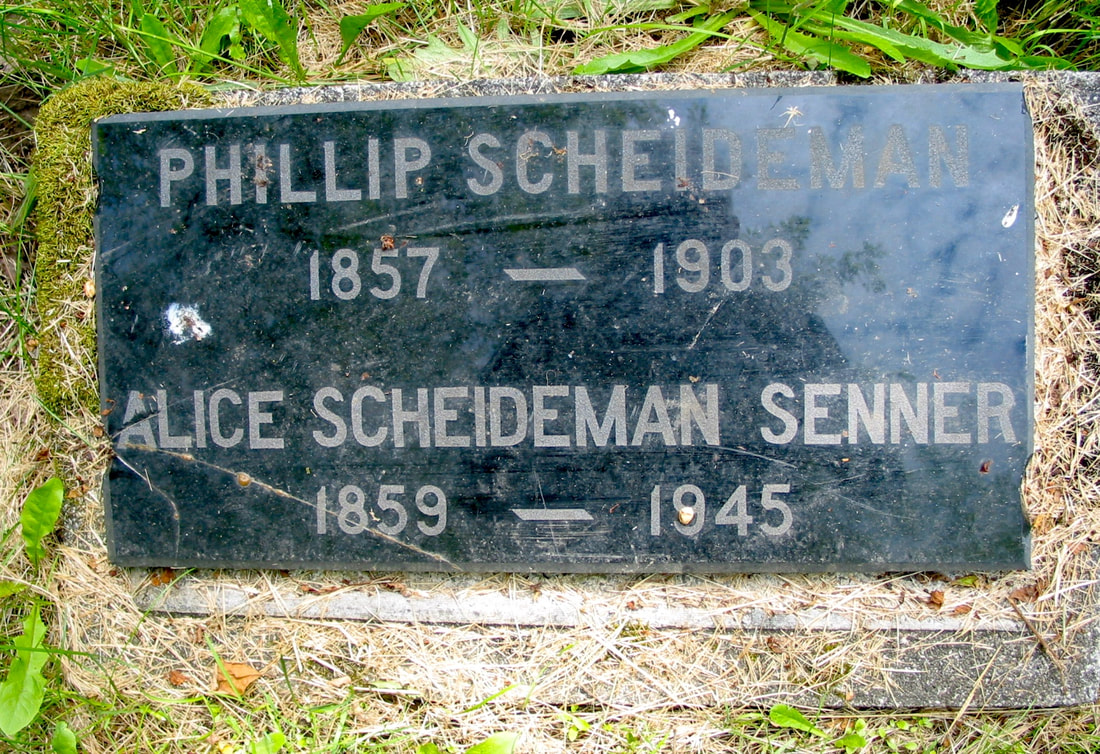