By Scott Oberstaller, The Oregonian

He was known simply as Mr. Bicycle, and he was nothing less. But to a lot of people, he was much, much more.

Phil Hohnstein, who was to Oregon bicycle racing what the late Tom McCall was to Oregon's environmental movement, died Sept. 15 of a heart attack. He was 75.
​ 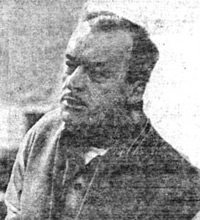 “He was always giving,” remembered Michael Ackley, president of the Rose City Wheelmen Bicycling Club, which Hohnstein helped found. “I think that's the thing that stood out about Phil. He was that type of person.

“I sure do miss him. I miss his outgoing, warm personality. And what he said, he always meant. He was honest and never hedged. If you had a problem, you could always figure on Phil to help out.”

Although he never raced, Hohnstein did the next best thing - he helped hundreds of others to enjoy the sport he loved for more than five decades. He was one of the founders of the Oregon Sprocketeers - the state's first bicycling club ‑in 1935. The name was changed to the Rose City Wheelmen in 1951.

He owned and operated Phil's Bicycle Shop, a haven for cyclists and a fixture in Northeast Portland since 1945.

“Phil's probably the person that kept (bicycle racing) going the first 10 years after it got started,” said Sam Knutson, who was a close friend and worked as a mechanic in Hohnstein's shop from 1953 until it was sold in 1973. “He was a really big part of it.

“I think I said it once to somebody as kind of a joke, that if your house was full of furniture and you needed , to move it, you could call Phil at 3 a.m. and he'd probably say he'd he right over. If you needed help, Phil was always there.”

So busy was the life that Hohnstein chose that the years never seemed to catch up with him.

In addition to his involvement with bicycle racing, he volunteered a major share of his time to the Portland Parks Bureau to teach tumbling. He worked with the Portland Crime Prevention Bureau for four years installing deadbolt locks and security systems. And he was a host for the American Youth Hostel Group, guiding hundreds of East Coast bicyclists through the Pacific Northwest. His list of contributions to the city seems without end.

“He just want huckledybuck all the time -- 60 miles an hour,” Knutson said. “He had a lot of energy. Fortunately, he channeled it into the right ways. He was never married, so maybe he but the energies it would take to make a marriage work into these other things.”

Hohnstein’s pride and joy was neither a daughter nor a son, but a bicycle race - the Rose Festival Race, which he helped start in 1962. Appropriately, the race’s name was changed in 1984 to the Phil Hohnstein Rose Festival Classic in honor of the man who served as its official starter and timer for more than 20 years.

The race will undergo yet another name change in 1985. It will be called the Phil Hohnstein Memorial Rose Festival Bicycle Race, and a perpetual trophy with his name on it will given to the winners.

“The Rose Festival race was his race,” Ackley said. “He donated thousands and thousands of dollars for prizes.

“This will be a good way far people to remember him. They associated Phil with this race and with his name on it, that’ll be taken care of.”

Though Hohnstein’s ailing health was no secret -- he had suffered a heart attack two years ago -- his death still was a shock to those who knew him.

“It’s a great loss,” Knutson said. “I suppose I was one of those people who thought Phil was always going to be here. I guess I knew he wouldn’t, but I just expected him to always be around.”

“He is going to be missed,” Ackley added. “He added personality and flavor to the race. It’s hard to describe. He just needed to be there. That was his place -- around bicycles.”