​Monte was selected as a member of the PIL Hall of Fame in 2005. 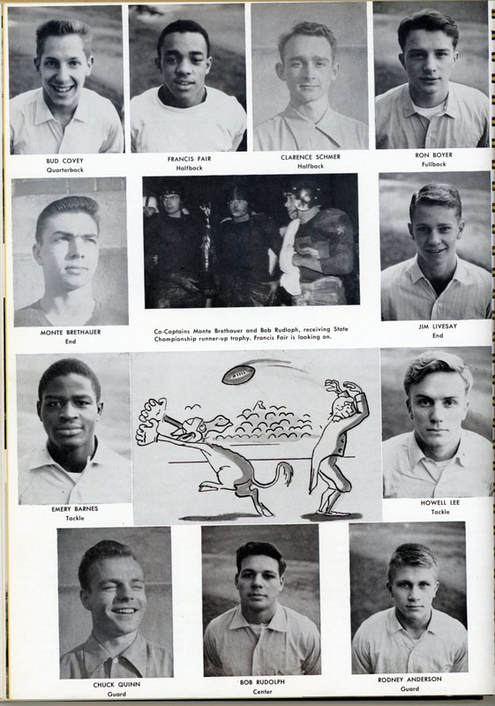 Page from the 1948-1949 Jefferson High School "Spectrum" yearbook featuring members of that year's football team, including Monte Brethauer. Courtesy of Harold Kammerzell.
​According to Monte's cousin, Melvin (Mel) Cook, Monte modeled clothes for ads, in both The Oregon Journal and The Oregonian newspapers, during his sophomore and senior years at Jefferson High School. 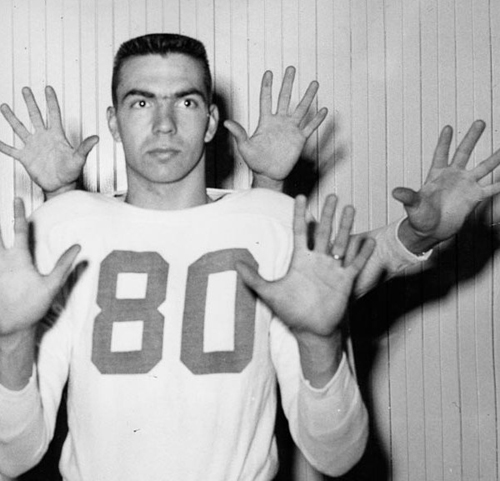 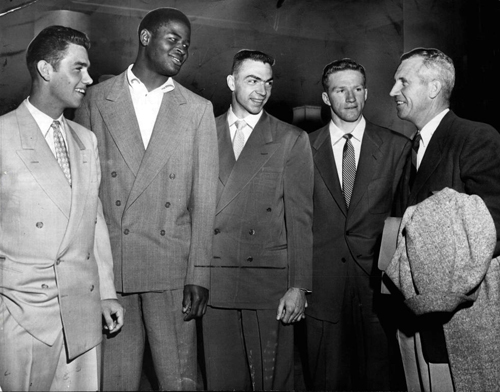 Monte Brethauer with his University of Oregon teammates and coach in Seattle before a game with the University of Washington in 1952. Pictured from left to right: Hal Dunham, quarterback; Emery Barnes, end; Monte Brethauer, end; George Shaw, back; and Oregon Coach Len Casanova.
After college, Monte was selected by the Baltimore Colts in the 1953 National Football League draft and played two season (1953 and 1955) as punter and wide receiver. Brethauer was consider the Colts top rookie in 1953 but was drafted by the U.S. Army in 1954 during the Korean War.

Monte Brethauer died in Portland on October 14, 1994 and was buried at the Rose City Cemetery.