Maria "Mary" Heimbigner was born in Frank, Russia about 1874, the daughter of Conrad Heimbigner (born 1836) and Anna Maria Kiehn (born 1838). Mary was the ninth of ten children born in Russia.

The Heimbigner family emigrated from Russia in 1878. They departed from Hamburg, Germany on the steamship "Wieland" on May 22, 1878 and arrived in New York.

The family first settled near Hastings, Nebraska where another son, Adam, was born. The Heimbigner's were part of the 1882 wagon train that journeyed to the Pacific Northwest. Most of the wagon train families settled in Eastern Washington, but some traveled on to Oregon. Conrad Heimbigner's obituary states that he lived in Oregon for a period of time. 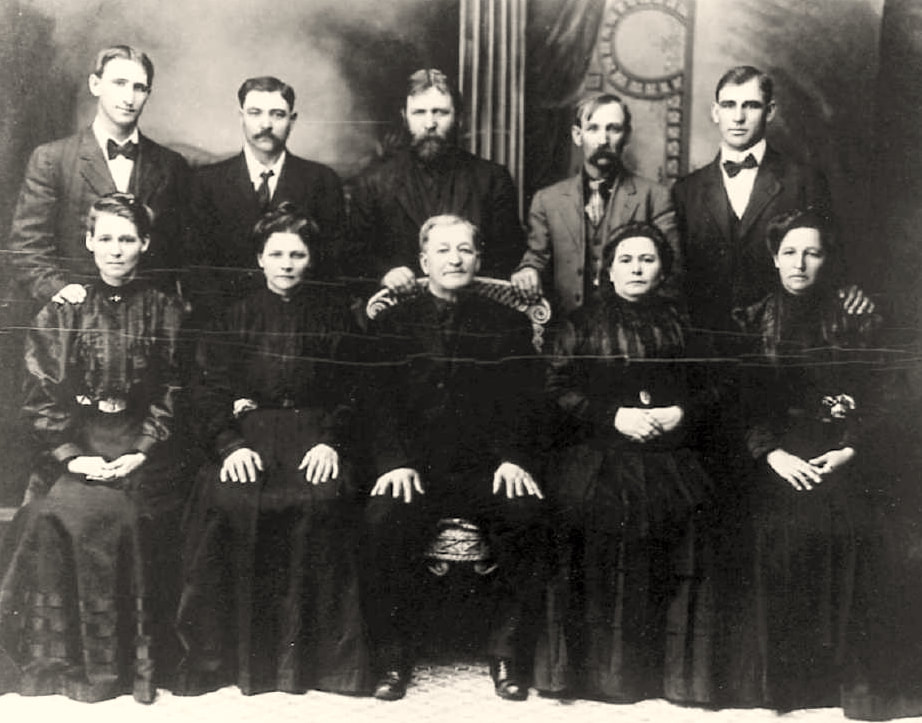 Portrait photograph of the Heimbigner Family. Mary is shown seated to the far right.
Between 1889 and 1892, Mary is listed as a domestic in the Albina City Directory. No other family members are listed indicating that they resided outside of the city or resided in Eastern Washington at that time.

Some evidence shows that Mary married a man named Maier (Meyer or Meier?) and she died in California about 1936.