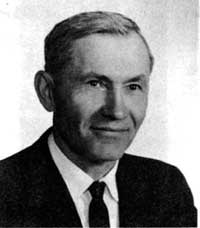 Reverend Joseph S. Gyorog born on December 16, 1909 in Unterwart, Austria. As a young man he apprenticed as a cabinet maker, a trade that helped him in later year to supply finances for the family. He immigrated to Canada when he was 19 years old. While working on a farm, he was influenced by the religious life of the family and he committed his life to Jesus Christ and immediately felt the call to to a pastor. The Rev. and Mrs. J.S. Domm in Macoun, Canada invited Joseph to live with them and effectively became his adopted parents.

After completing his high school education, he attended the Yorkton Collegiate. He went on to graduate from the Winnipeg Bible Institute in June 1944. He served as pastor in Canada from 1944 to 1949.

In 1958, Rev. Gyorog accepted a call from the Ebenezer German Congregational Church in Portland and served there until his unexpected death in 1984. He was the last full time pastor of this church.

Elsie Gyorog died November 15, 2015 and a memorial service was held at Rivercrest Community Church. She was buried with Rev. Gyorog at the Rose City Cemetery in Portland. 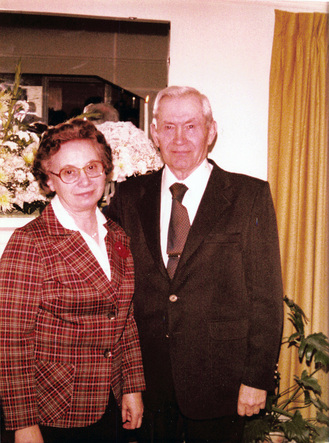