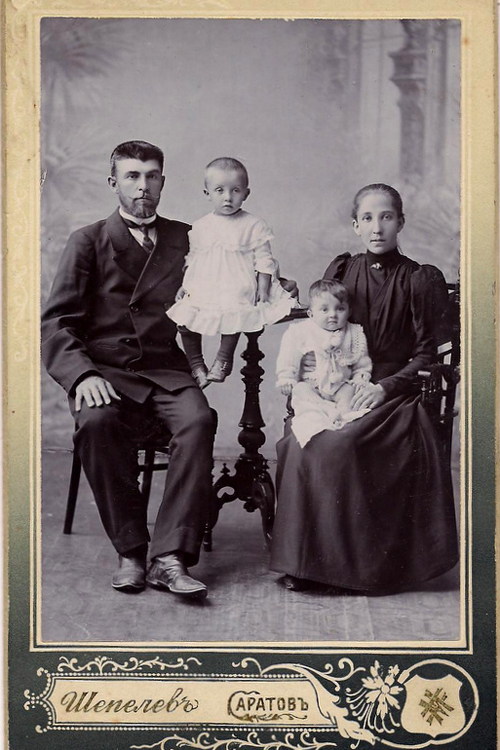 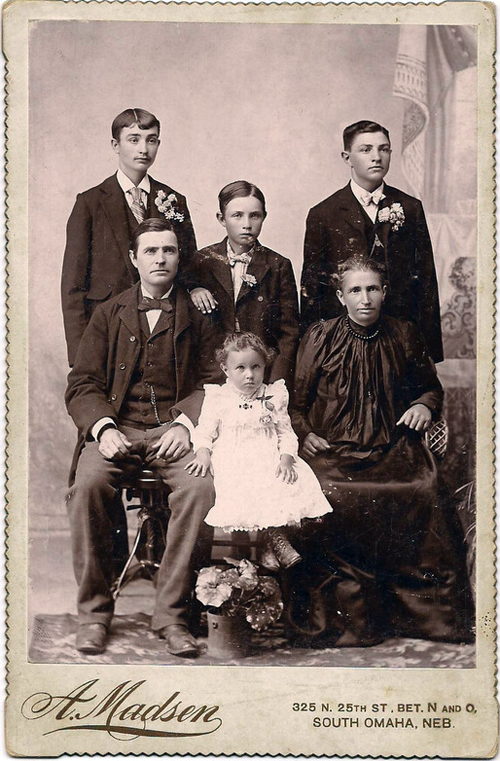 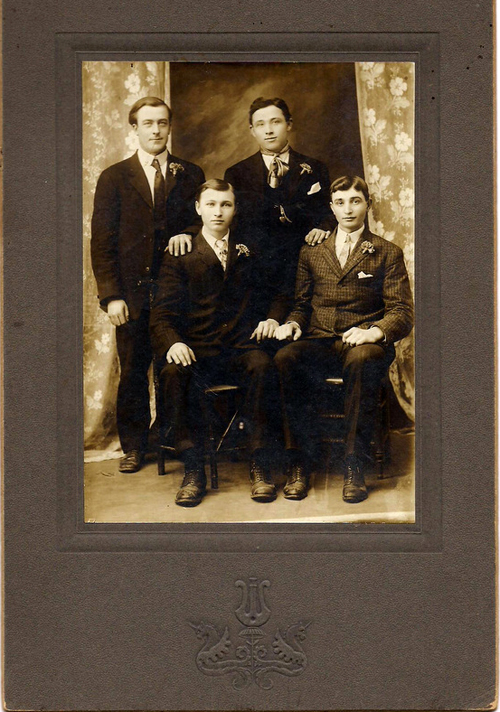 John Weber (1884-1948) is seated in the lower right. The other men are believed to be William Hohnstein, John Holm and George Schnell (standing on the right). Courtesy of Karen Drier Esayian.
Great great grandfather Georg Peter Weber (1832-before 1910) also immigrated on December 24, 1899, traveling with his son Heinrich and family. Two other sons: George P. Weber (1857-1941) and Johann Weber (1876-1963) had immigrated in February of 1892 on the steamship Saale. Great great grandfather Georg Peter settled with son George P. who was living in Colorado.

By early 1908, great grandfather Henry, with his wife Elizabeth and children Lucas, Elizabeth and Marie left Nebraska and headed to Saskatchewan with the intent of Homesteading. (The Lutheran Colonization Co. had worked with the Luse Land Co. to acquire Homesteads for members of the German Lutheran Church in the United States.) In Homestead paperwork, it is stated that Henry and his family commenced actual residence on the Grosswerder, Saskatchewan property April 19, 1908 and had a house built by September of 1908. On April 18, 1911 the claim for Patent for the Homestead was signed by Heinrich Weber in Macklin, Saskatchewan, Canada. Sadly, this is also the registered date of death for great grandfather Heinrich. 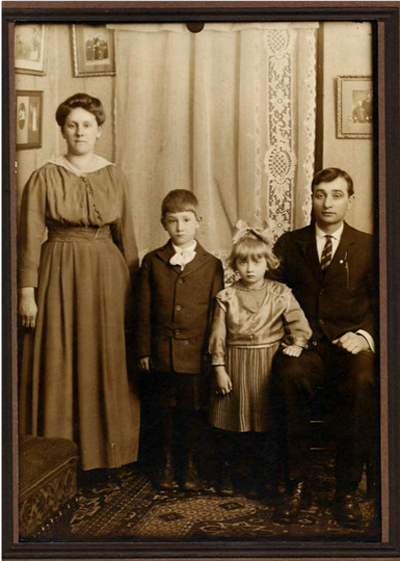 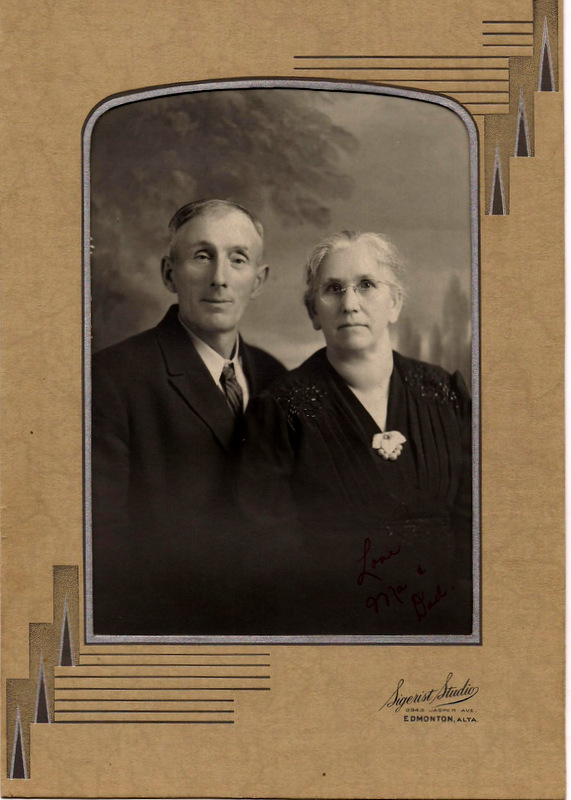 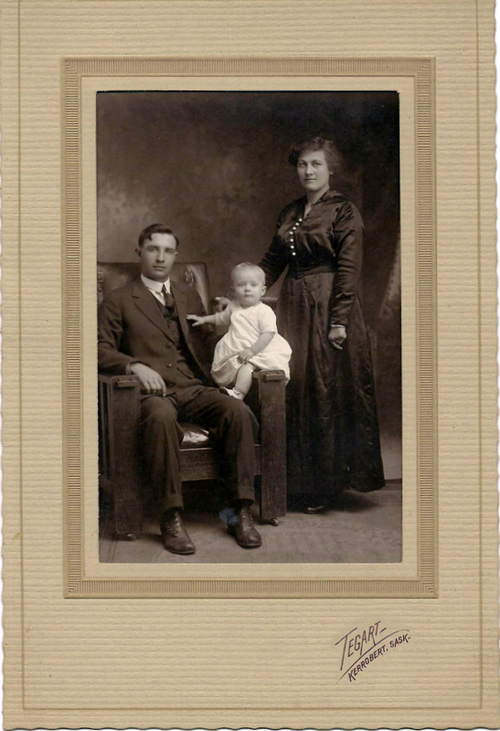 Lucas Weber (1889-1964) and Elizabeth Hinkle (born in 1889 in Norka and died in in 1976 in Portland, Oregon) with son Frank Lucas Weber (1916-2002) Photo taken in Saskatchewan. Courtesy of Karen Drier Esayian.
Grandfather John was a streetcar motorman in Portland, and had also bought horses and a truck for carrying freight. Later, he worked for the Oregon Casket Company in the shipping department. Grandpa readily adapted to working in an English speaking country and grandma also had a good command of the written and spoken language, even though Volga German was primarily spoken at home. Grandma Elizabeth's life revolved around her family, home and the church. I treasure the many woolen quilts she handcrafted, along with cotton ones for summer. Both of them were committed to the building of the Zion German Congregational Church at NE 9th and Fremont; grandfather served as the Treasurer. They were also committed to the Volga Relief Society organized in 1921.

Had it not been for a conversation many years later with great aunt Elizabeth, I would have not known about great grandfather taking his family and Homesteading in Saskatchewan. Even with that knowledge, it took many months to track down the Homestead papers and even longer to find his grave site in Luseland, Saskatchewan. Great grandmother Elizabeth, grandfather John and grandmother Elizabeth are all buried at Rose City Cemetery.