Johannes (John Gabel), Elisabeth (Lizzie), Christina and Sophia immigrated to the United States arriving in Baltimore on June 4, 1890 aboard the steamship America which sailed from Bremen, Germany. The Gabel's may have briefly stopped to visit friends and family in Nebraska, but soon departed for Oregon where they settled in Albina by late June. John heard that there were good work opportunities in Portland and quickly found work laying tracks for the street car lines and constructing the city water reservoirs in Washington Park and on Mt. Tabor. In 1891, the family was living at the head of San Antonio street (now NE Graham Street).

John and Lizzie were members of the Ebenezer German Congregational Church founded in 1892.

In 1900, John, Lizzie and Sophia are living at 308 Sacramento (now 60 NE Sacramento Street) and John is working as a yard hand at a local saw mill.

The 1920 census shows John, Lizzie and Sophia living at 793 E. 6th Street North and John is working for the city water works. 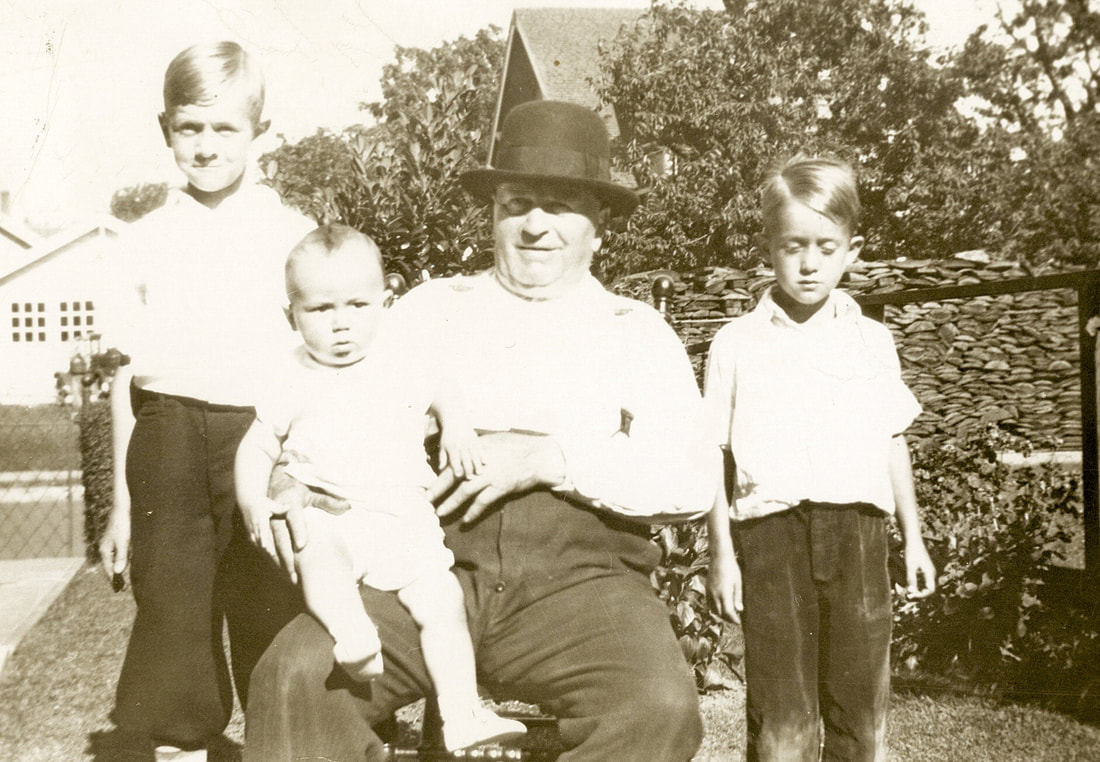 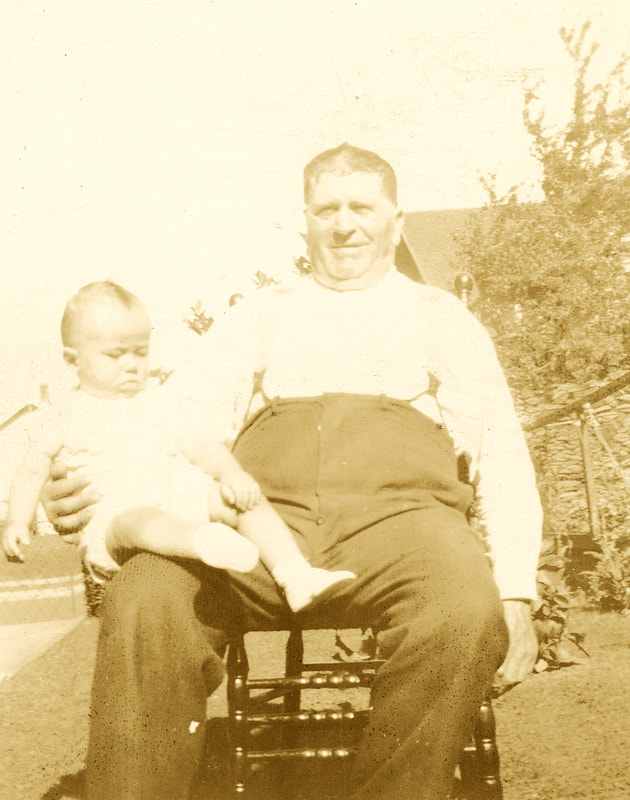 John Gabel and his great-grandson, Clarke Eugene Gabel, circa 1933. Courtesy of George Gabel.
Lizzie died on January 16, 1923 and was buried at the Rose City Cemetery in Portland.

John married a second time to Christina ? from Canada on April 12, 1924.  In 1930, they are living 793 E. 6th Street N. Their neighbors are John Gabel (relationship unknown) and Heinrich and Dorothea Döring.

John died on August 23, 1935 and is buried with Lizzie at the Rose City Cemetery.

Oral interview of George Gabel conducted by Shirley Hurrell on July 28, 2009. Recordings available at the Center for Volga German Studies at Concordia University. George was born on May 6, 1915 and died January 21, 2010 in Beaverton, Oregon.