On October 23, 1889, the family immigrated to the United States. It appears that they came directly to Oregon.

​In 1900, George, Lizzie and Adam were living on a farm in Reedville, a rural settlement in Washington County, Oregon.

Amalia (Mollie) died in April 1903 during childbirth. She was buried at the Lone Fir Cemetery.

By the time of the 1910 U.S. Census, George, Lizzie and Adam had moved to Portland and were living at 399 Sacramento Street (now 445 NE Sacramento). Heinrich Conrad (Henry) and Katharina Maria (Margaret) were living with them. George was working as a carpenter.

In 1920, George and Elizabeth continued to reside at 399 Sacramento Street along with three of their children: Henry Conrad, Margaret and Adam. George had retired and the three children were working to support the household.

George died on June 7, 1926 and was buried at the Lone Fir Cemetery in Portland two days later.

Lizzie went to live with Adam in Clackamas County, but died a short time later on October 20, 1926. She was buried with George at Lone Fir Cemetery. 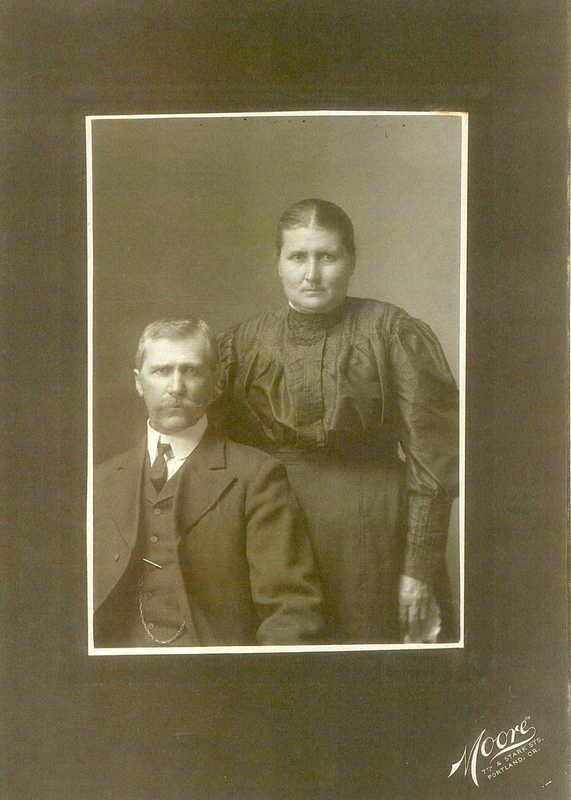 Portrait of George and Lizzie Krieger taken in Portland. 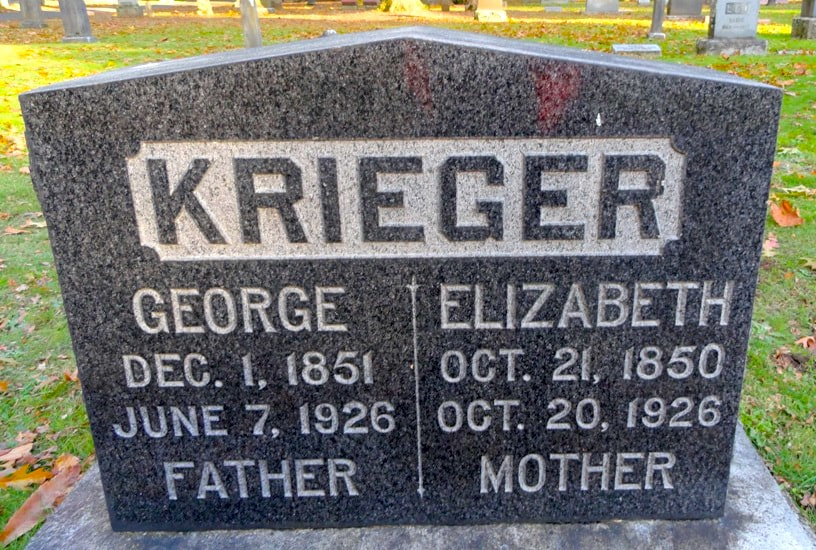 George and Elizabeth Krieger headstone at the Lone Fir Cemetery.