In 1875, Johann Friedrich's parents and grandfather decided to immigrate to America and were among the first Volga Germans to arrive in the United States.

The Jörg family arrived in New York on June 28, 1875 aboard the steamship City of Brussels which sailed from Liverpool, England.

Johann Friedrich's father became a member and missionary of the Seventh-day Adventist German Reformed Church in 1883 at the time when the German movement within the church was in its infancy. In April 1886 he was leading a congregation in Culbertson, Nebraska. Frederick visited the Portland area in 1887 and began to organize congregations in Albina and West Union. He participated in the Nebraska Conference in September 1888 and is listed as minister in Sutton, Nebraska that year.

The entire Jörg family decided to move to Portland between September of 1888 and early 1889.
By June 1889, the senior Frederick was leading churches in Albina and West Union, Oregon. He was an active participant and led services in German at the North Pacific Conference held from May 12-21 in East Portland.

In 1891, the Jörg family was living in Albina at the southeast corner of the intersection of Vancouver Avenue and Cedar (now Failing Street). The Rev. F. Jorg is listed in the Albina City Directory as the Pastor of the Albina Seventh-day Adventist Church at the same location. This church was established in 1889, and was the first Volga German church organized in Albina.

Johann Friedrich (now known as John or John Frederick) married Katharina Maria (Katie) Krieger in 1893. She was born in Norka on September 13, 1867, the daughter of Nicholas Krieger and Katharine Maria Schneider. The Krieger family arrived in the United States in 1890.

During World War I, Adam Lewis joined the U.S. Army and served in France. At home, Adam raised pigeons as a hobby. During the war, he used this skill in the U.S. Army Signal Corps working with carrier pigeons.

In 1920, the family was living at 1489 Atlantic Street (now 7037 N. Atlantic). John was working for the City of Portland in the street cleaning bureau.

In 1930, the family lived at the same location and John continued his work for the city.

Katharina Maria died on November 7, 1933 and was buried at the River View Cemetery.

John Frederick Jorg died in Portland on November 5, 1939 and was buried next to Katharina Maria on November 8th. 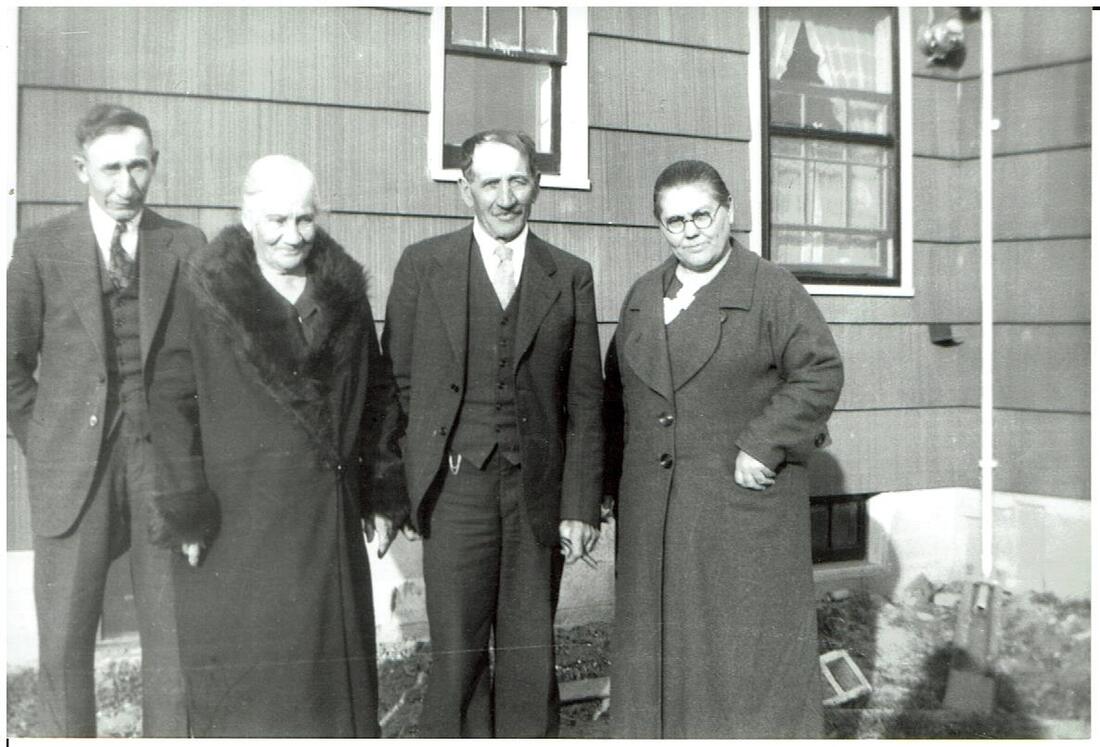 Johann Friedrich (John) Jorg is standing third from the left. One of his sisters stands second from the left. The other two people (far left and far right) are unknown, They are possibly other siblings. Courtesy of Mary Ann Kennedy. 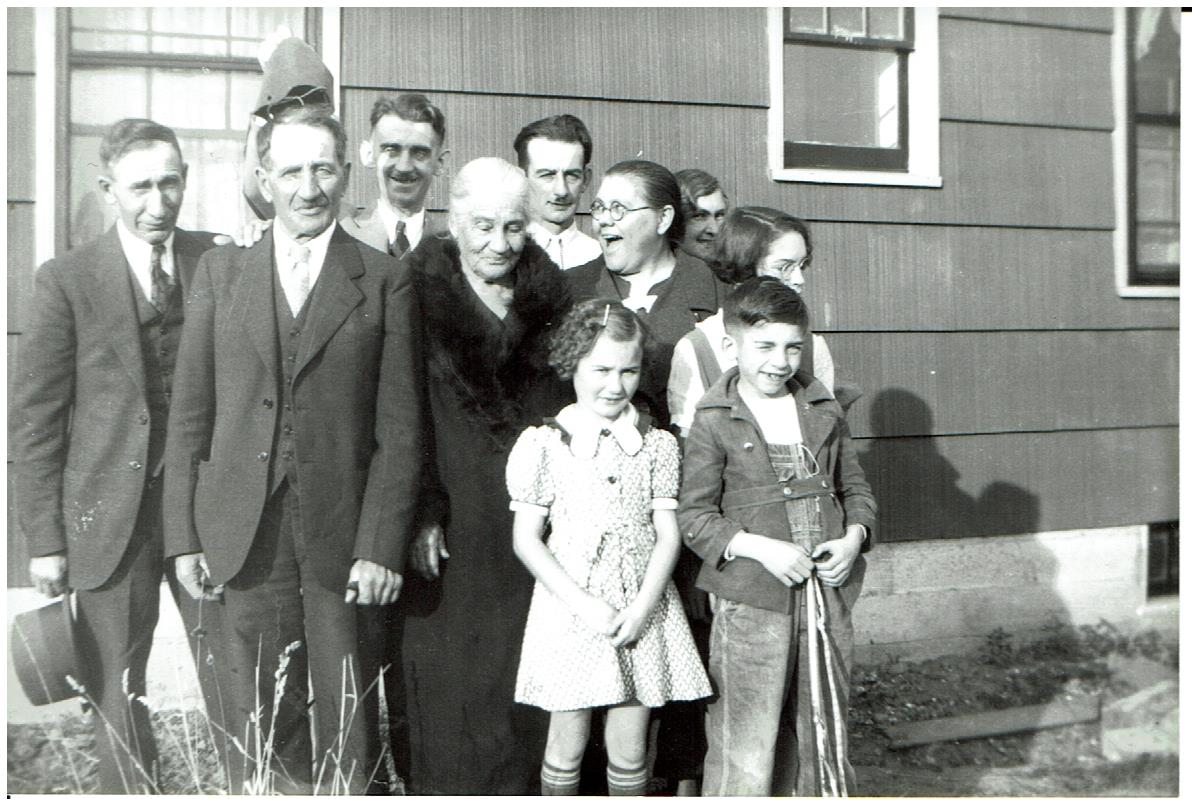 Another photograph of the Jorg family courtesy of Mary Ann Kennedy. 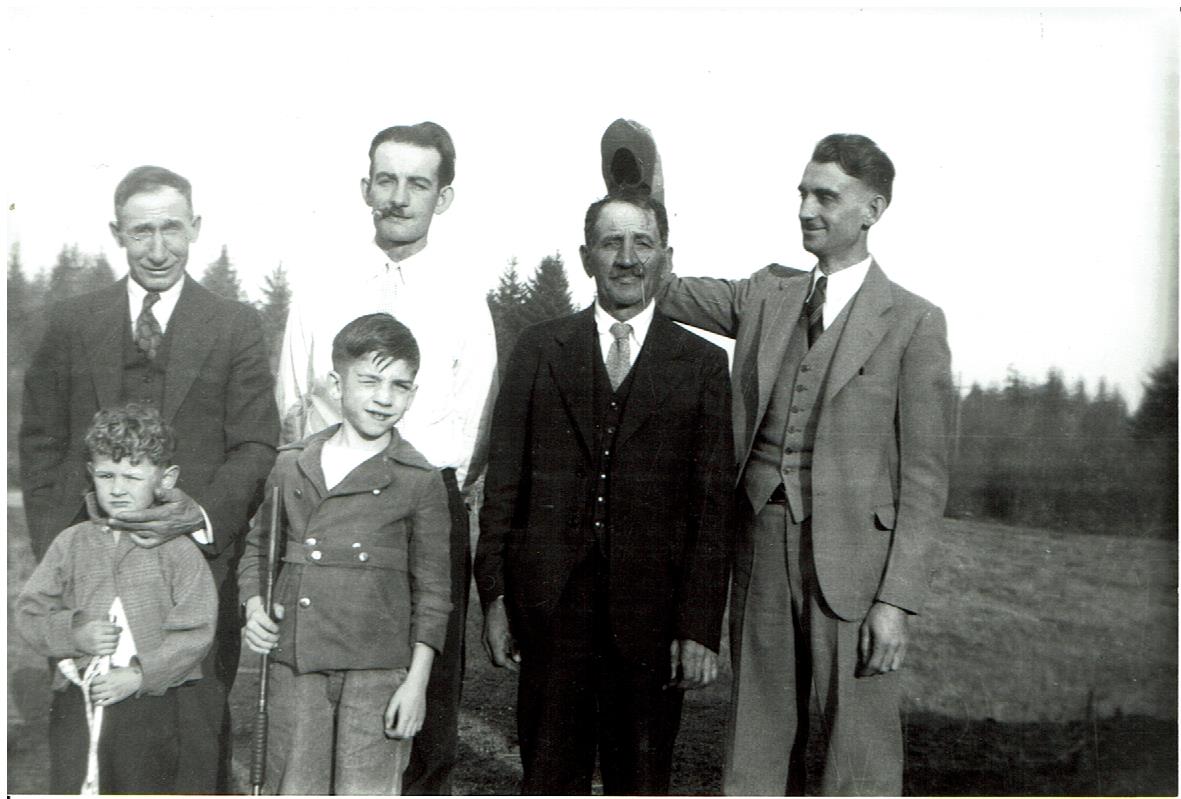 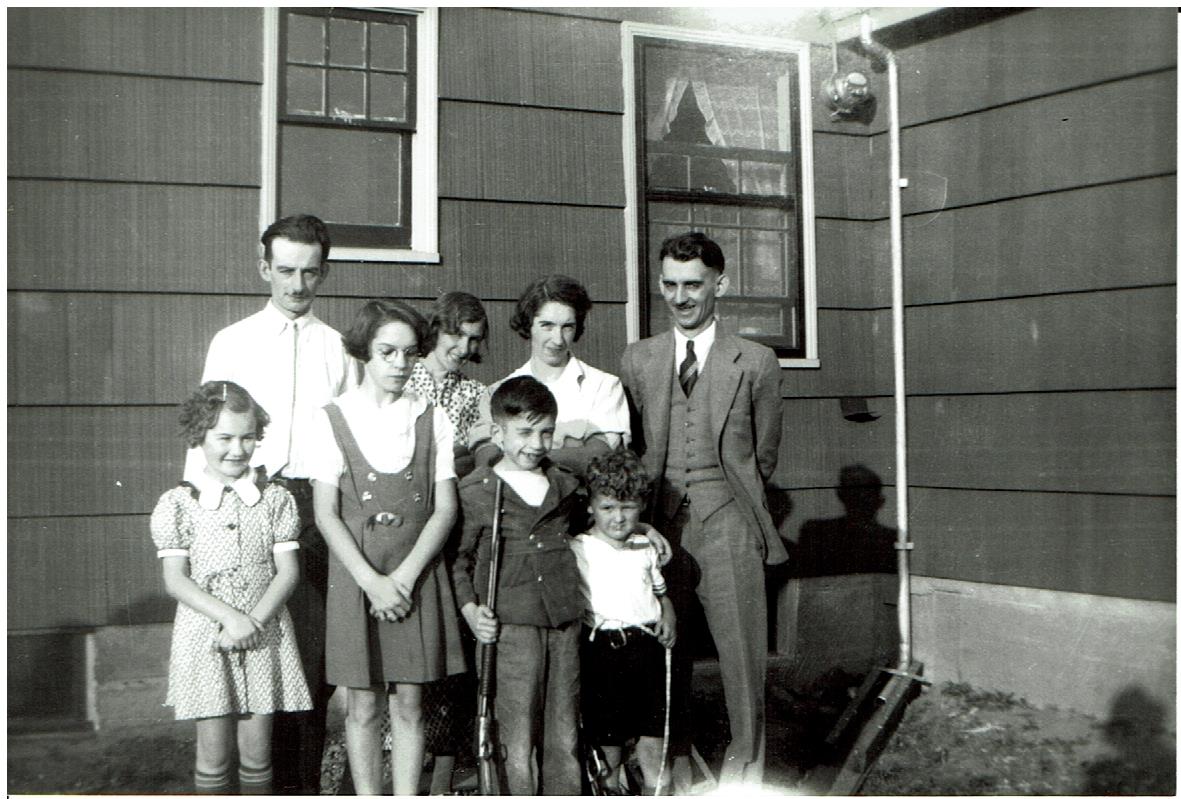 Kennedy, Mary Ann. Great-granddaughter of Johann Friedrich and Katharina Maria Jörg. Please contact Mary Ann if you have information about any of the people shown in the photos above.