Jacob Volz Jr. was awarded the Medal of Honor based on his actions in the Moro Rebellion in the Philippines.

Volz was born in the Volga German colony of Balzer, Russia on June 23, 1889, the eldest of seven children. 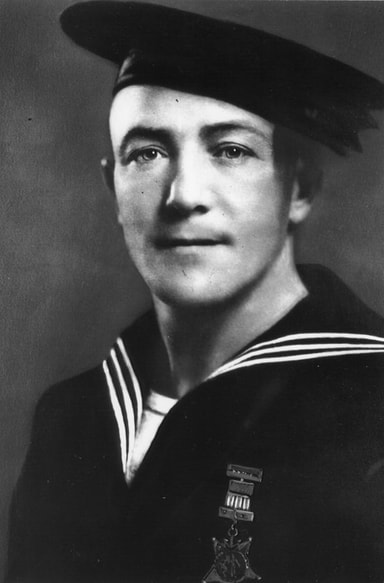 Photograph of Jacob Volz Jr. wearing his Medal of Honor. Courtesy of Dan Volz.
The Volz family emigrated to the United States on November 16, 1891 and settled in Sutton, Nebraska. Jacob's father, Jacob Volz, Sr., was one of three representatives of the Volga Relief Society that were sent to Russia during the famine of 1921-1923. The senior Volz served with another Volga Relief Society representative, George Repp, from Portland.

Jacob Volz, Jr. enlisted in the U.S. Navy in 1908 attached to the USS Pampanga. He served as a Carpenter's Mate Third Class.

"While attached to the U.S.S. Pampanga, Volz was one of a shore party moving in to capture Mundang, on the island of Basilan, Philippine Islands, on 24 September 1911. Investigating a group of nipa huts close to the trail, the advance scout party was suddenly taken under point-blank fire and rushed by approximately 20 enemy Moros attacking from inside the huts and other concealed positions. Volz responded instantly to calls for help and, finding all members of the scout party writhing on the ground but still fighting, he blazed his rifle into the outlaws with telling effect, destroying several of the Moros and assisting in the rout of the remainder. By his aggressive charging of the enemy under heavy fire and in the face of great odds, Volz contributed materially to the success of the engagement."

After the war, Volz married Mattie Alice McCarty in Lewiston, Montana in 1914. They had two children, Charles Jacob and Shirley Ann. Volz homesteaded a ranch in Montana for some time and then returned to Nebraska to work as a carpenter.

In 1924, the Volz family moved to Portland, Oregon where Jacob worked on the construction of the Bonneville Dam. At the time of his retirement, he worked for the Portland Housing Authority.

Jacob Volz died in Portland on July 22, 1965. His grave at the Lincoln Memorial Park Cemetery is modest and makes no mention of the medal.

​Volz is listed as an eligible member of the Nebraska Hall of Fame.

Oregon's Medal of Honor Memorial, memorializes Oregon's military members who were awarded the Congressional Medal of Honor, the nation's highest military honor, given to those who showed exceptional gallantry in battle. Jacob Volz, Jr. is one of those honored. 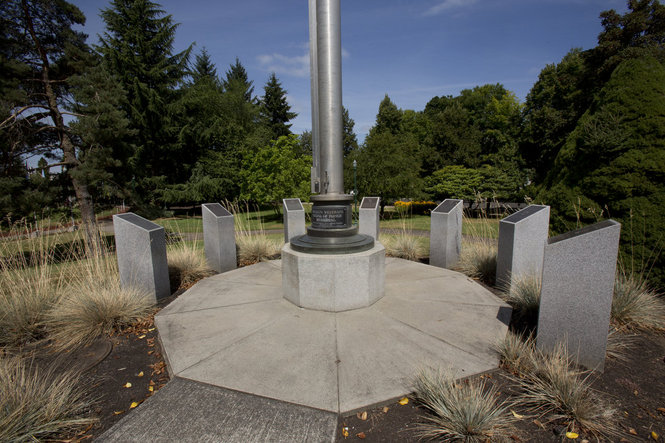 Letter from Senator Theodore C. Wenzlaff, a Nebraska State Senator, written on January 16, 1970 and printed in the American Historical Society of Germans from Russia Workpaper No. 3.