​In 1899, Heinrich and Katharina immigrated to the United States and settled in Portland. Henry's mother, a widow at the time, and his brother Johannes traveled with them. Johannes was married to Katharina Elisabeth Urbach, 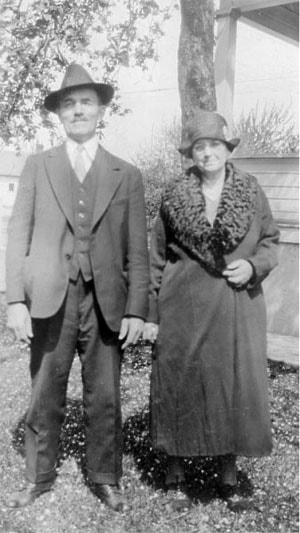 Henry Miller and Katherine (née Hohnstein) Miller at the side of their house on NE 10th and Failing. Photograph taken after 1950. Courtesy of Chris Kauhi.
At the time of the 1900 United States Census, the Miller family is living in Little Russia next to Henry's brother, John Miller and his wife Katharina Urbach. They also migrated to the U.S. in 1899. 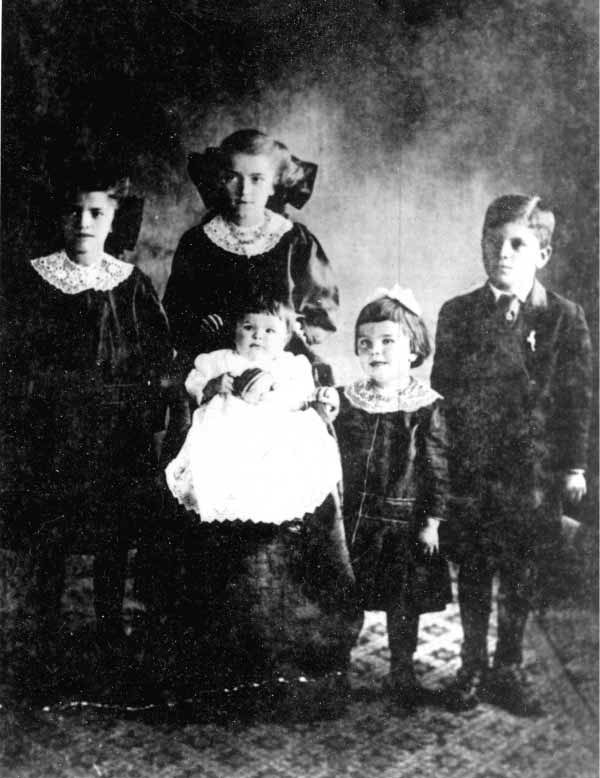 Left to right: Katherine, Lena, Lydia (on chair), Sally, and Henry Miller. Photograph taken about 1914. Courtesy of Chris Kauhi.
By 1940, Henry had retired and he and Katherine continued to live in their house on Failing Street. 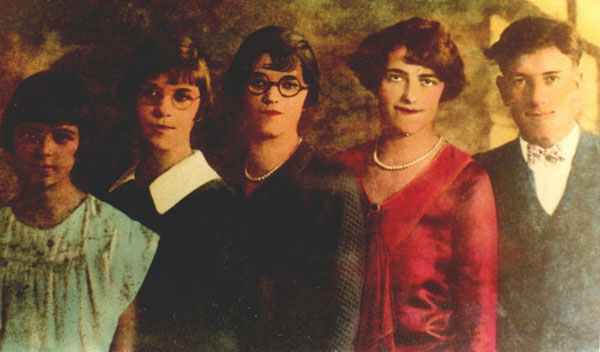