Heinrich Grün was born in ​Norka, Russia ​on November 25, 1887, the son of Heinrich Peter Grün and Katharina Elisabeth Trüber.

Heinrich and Elisabeth (along with their daughters Maria and Anna) immigrated to the USA on June 19, 1913, arriving in Boston on the steamship Laconia.

This photo below was taken in Gnadenfeld about 1912. Heinrich Grün is not shown in this photo as the focus was on the Michael and Katherine Elisabeth Johann family. Elisabeth is standing in the center of the back row behind her parents. A copy of the photo was given to the Johann family in Gnadenfeld as they knew they would probably never again see those departing. 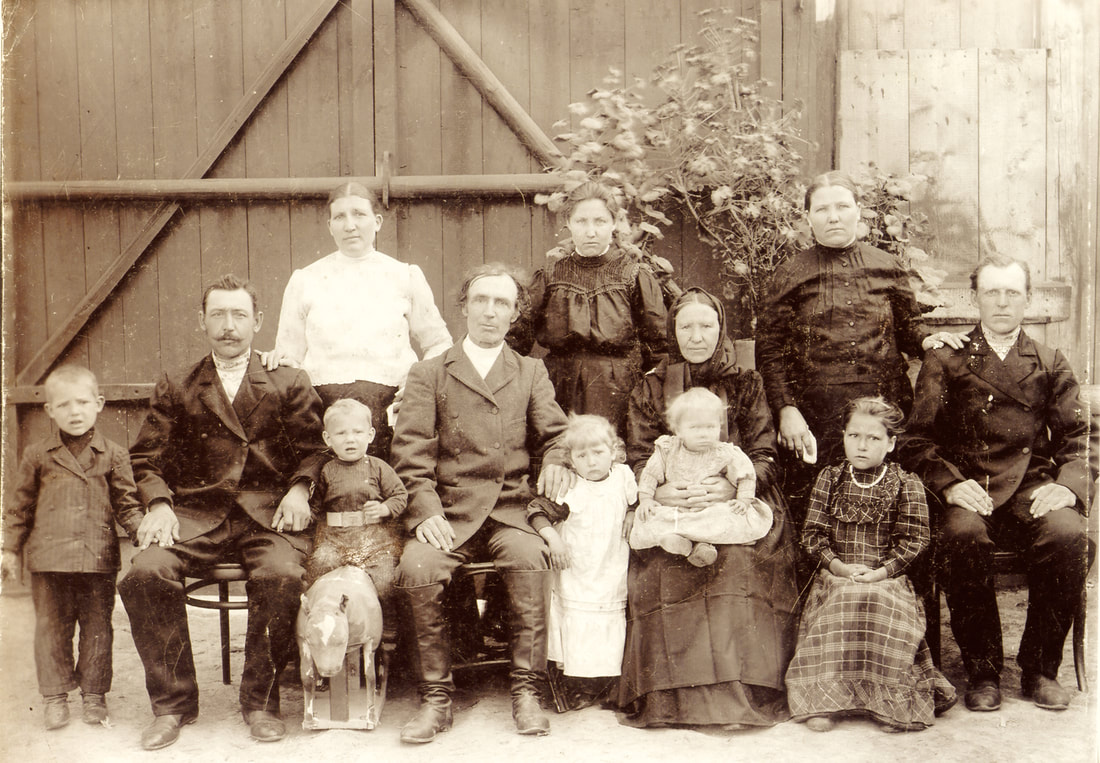