In 1901, the family had moved west to Portland. Heinrich Peter worked as a contractor. The family home that he built at 4026 NE 10th is an example of his craftsmanship. 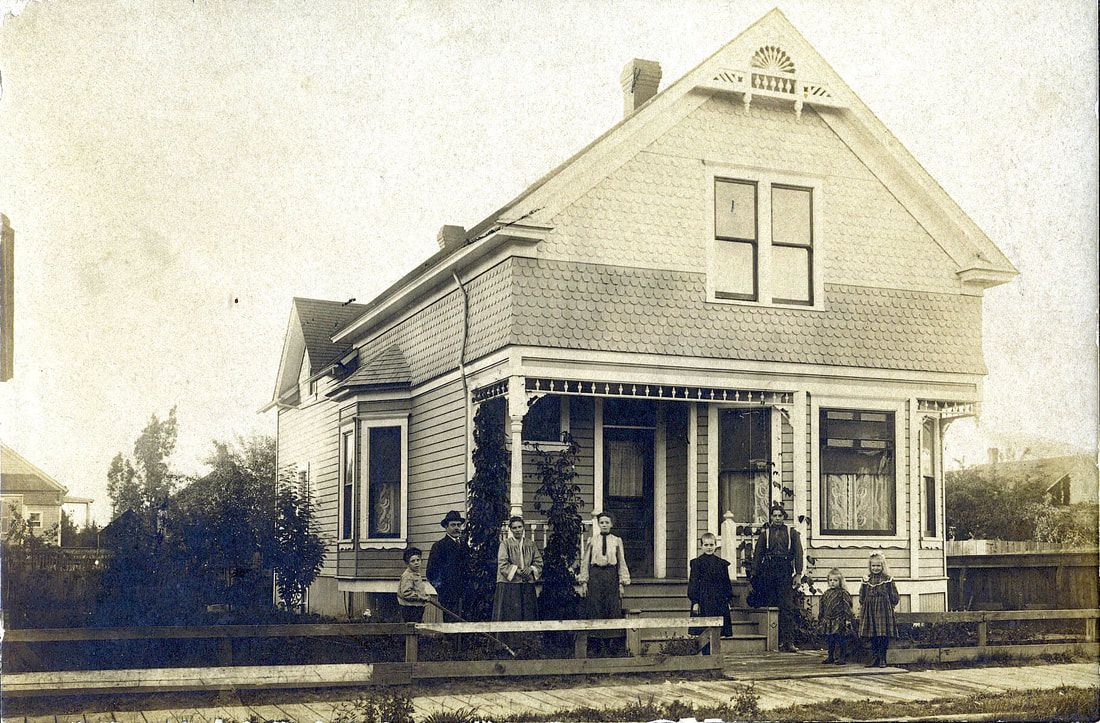 Catharina died on June 11, 1954 in Portland. She was buried next to Heinrich Peter.