Heinrich and Anna Elisabeth immigrated to the United States in 1878. They sailed from Hamburg, Germany on May 22nd and arrived in New York on June 5th aboard the steamship Wieland with two children; Elisabeth (9 years old) and Katharine (11 months old).  The 1880 U.S. Census states that Elisabeth is the sister of Heinrich. Katharina is the daughter of Heinrich and Anna Elisabeth. Many more Volga German families were also onboard this ship.

It appears that Henry and Anna separated by 1891 as Henry had migrated to Portland at this time. Anna died in February 1915 in Lincoln, Nebraska. No mention is made in her obituary of her husband, Henry. There are no other Schleicher's buried at the Laurel Hill Cemetery with Anna.

Henry was the paternal first cousin of George Schleiger, another early Volga German settler in Portland. It is possible that they came to Portland together as both were men single at the time.

By 1910, Henry is listed in the census as a "widower" and works at a local Portland sawmill. He was boarding with the Adam Deines household at 405 Knott Street in Portland.

In 1917, Henry's son William declared on his draft registration card that his father was solely dependent on him for his care. 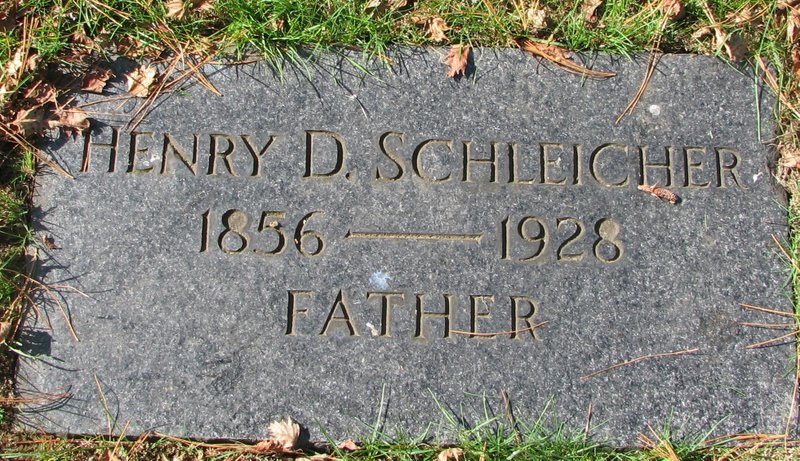