Johann Heinrich Koch was born in Kolb, Russia on March 6, 1856, the son of Valentine Koch (born 1813) and Magdalena Rueck (born 1815). Heinrich was confirmed in the colony of Frank.

Facing military conscription, Johann Heinrich (also John Henry and Henry) decided to leave Russia in the Fall of 1876, just prior to his 21st birthday. Along with three other men, Henry Thiel, Henry Achziger and Jacob Meyer, the four ment traveled by train to Germany where they board the steamship Frisia. They arrived at Castle Garden, New York on November 22, 1876.

The group of four first settled in Lincoln, Nebraska. It is likely that Heinrich (now Henry) went to Culbertson, Nebraska where other Volga Germans were settling.

Henry's parents arrived in the United States in May 1878 aboard the steamship Wieland. By 1879, they had also settled on a homestead near Culbertson.

Henry met Katharina (Katherine) Hohnstein in Culbertson. Katherine was born on December 18, 1860 in Norka, Russia, the daughter of Ludwig Hohnstein and Katharina Aschenbrenner. Her family arrived in America on the steamship Oder on July 8, 1876. Henry and Katherine married at Harvard, Nebraska on October 23, 1880.
Henry filed for a homestead claim in the Culbertson percent on March 1, 1881. A daughter, Alice, was born later that year. The family stayed on the farm until 1888. Three children were born during that time, but the first two, Henry and John, did not survive. Jacob, who was born on March 23, 1887 lived to adulthood.

The family decided to move to Portland in 1887 after Jacob's birth. They were fully aware of other Volga German families that had already settled there. Another son, Benjamin, was born in Portland in July 1894.

Henry's brother, Fred, died in Culbertson and left two orphaned boys, Fred Jr, and John Peter. Henry traveled to Nebraska to bring the boys to Portland where they would live with his family.

In 1891 or 1892, the entire Koch family took a train to Ritzville, Washington to work the wheat harvest. Harvest jobs were plentiful and the pay was good. After the harvest, Henry, Katherine and Alice returned to Portland, but Fred Jr. and John Peter stayed in Ritzville. 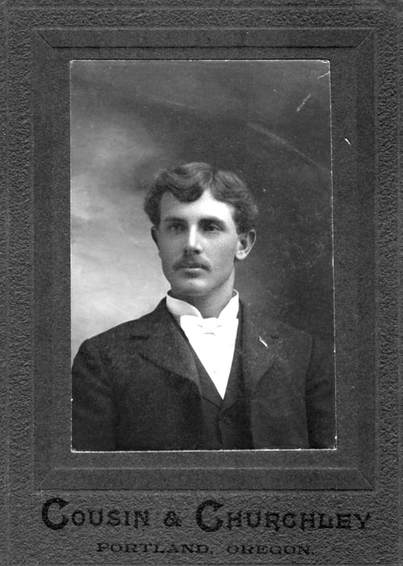 John Peter Koch, the nephew of Henry Koch. Courtesy of Harland Eastwood.
Twins, Matilda and Benjamin, were born on July 10, 1893. 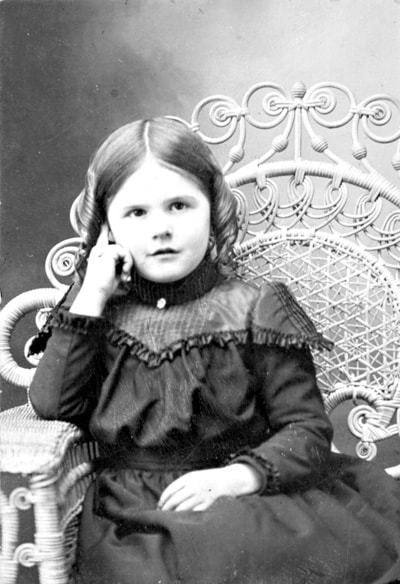 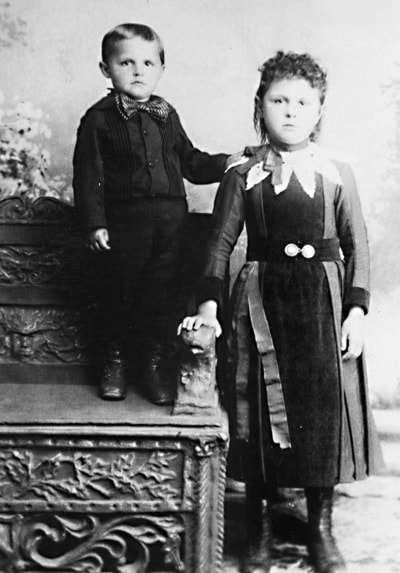 Alice and Jacob Koch circa 1892 in Portland, Oregon. Photograph courtesy of Harland Eastwood. 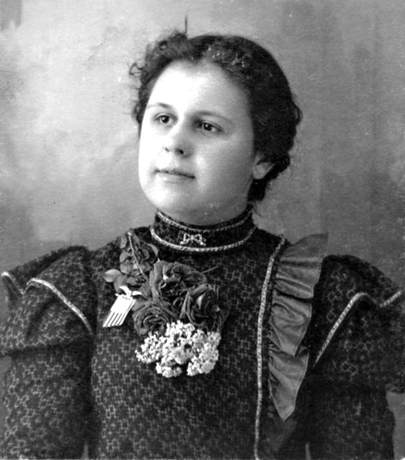 Alice Koch (Mrs. Henry Kiehn). Photograph courtesy of Harland Eastwood.
In 1910, the family was living at 434 E Russell St. and Henry was working as a day laborer.

Katherine died in Ritzville in 1916. Henry remarried the widow Katharina Nagel the following year and they moved back to Portland. Katharina died in 1928 and Henry married again in 1930. His third wife was Eva Katherine Legler. This marriage was short-lived as Henry died on November 30, 1930 of injuries incurred when he was hit by a car on the streets of Portland. Pastor Heinrich Hagelganz led the funeral service at the Second German Congregational Church. ​​

Eastwood, Harland. The Story of Henry Koch of Kolb, Russia.